Work, 'Big Society' and the labour theory of value 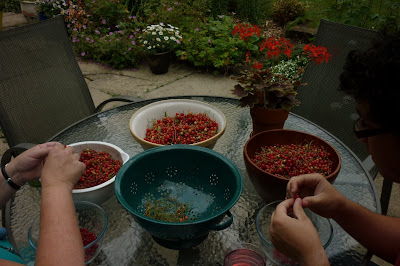 In his Living with Rats blog, Julian Dobson provides a well-crafted piece on the ‘Big Society’ drawing on the ideas of Robert Owen and, crucially, on the concept that all value is intrinsic – something has value and that is it. The actions of man cannot alter that fact. This is the core tenet of socialism – so not surprisingly something to which the socialist mill-owner (don’t you just love that term – such oxymoronic delight), Robert Owen would subscribe.

This is how the labour theory of value works:

A worker in a factory is given $30 worth of material, and after working 3 hours producing a good, and using $10 worth of fuel to run a machine, he creates a product which is sold for $100. According the Marx, the labor and only the labor of the worker increased the value of the natural materials to $100. The worker is thus justly entitled to a $60 payment, or $20 per hour.

All quite straightforward really. So, if Julian and the New Economics Foundation are right and value (however we define it) does derive from labour then we need to worry about this:

…'the unpaid labour that is crucial to keeping society and communities functioning - the time that is put into caring for older people, volunteering for the community, exercising democratic rights to protest, and raising children'.

All this voluntary activity is work: it is labour that produces a wealth of social goods that would otherwise default to the state, either as a provider of services or as the place where the buck stops when society falls apart. It must be seen as such, and the Big Society provides an ideal lens.

In a world where we accept the labour theory of value then all this activity should be paid. After all if it is work then it has intrinsic value and for this value not to be remunerated must mean that some one else – the husband, the brother, the neighbour – is profiting at your expense.

Except – as a moment's thought would tell us – the labour theory of value is nonsense. Something’s value isn’t determined solely by the labour involved in producing that something. We know that because we experience the truth of it every day (and not just from watching Antiques Roadshow). And you know, the ‘Big Society’ isn’t about ‘production’ or ‘work’ it’s about value. And just because we choose a non-traditional measure of value, doesn’t mean that we should pretend that ‘work equals value’.

However we choose to measure value (and I like money because everyone understands it and it, famously, stores that captured value) it isn’t created solely by labour – Julian speaks of wasted work which can only be described as the creation of negative value. In the final analysis something is worth what it’s worth – the value is determined by consumption not by production. And volunteering – however ‘productive’ it may be – is an aspect of consumption made possible only by the value added through exchange. Which isn’t to belittle it – I for one do not work to produce. I work so I may consume. And part of that consumption is the pleasure I get from voluntary activity.