"Punishing the poor..." - exposing another left-wing lie about Conservatives 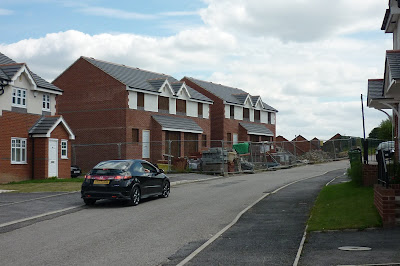 One of the rules of left-wing commentary has been to develop an uncontested mythology about the right - and more importantly about people who are not left wing. I say uncontested since when the mythology is contested any discussion descends very rapidly into unsubstantiated - even nasty - ad hominum attacks on the person contesting. Most commonly through the fallacy of 'guilt through association'.

Typical of these myths are the following:

"Tories don't care"
...and "Tories want to punish the poor"*

Here's a pretty typical example from Bob Holman (who is, I think, an official progressive saint) in an article about Iain Duncan Smith filled with crocodile tears:

The IDS I knew was a politician who almost wept at the plight of the poor. My guess is that, in order to reach his costly goal of a universal credit scheme, he has had to mollify the chancellor, George Osborne – and that can only be done by being like those Tories who take pleasure in punishing the poor.

The last sentence is a statement of the myth. I was brought up in the Conservative Party - my grandfathers were both Councillors, my father was a Councillor and mother, aunts and grandmas were all actively involved. I undoubtedly know more about "Tories" and what they take pleasure in than all the Guardian columnists and left-wing "community workers" put together.

And I can say categorically that from among the hundreds of Conservatives I have known well - from every background and at every level - I cannot recall a single one who took "pleasure in punishing the poor". Not one.

Rather the opposite - my experience is of good people who really care. Care enough to volunteer their time, expertise and cash to help others. People who would go out of their way to assist if they could. People who had a genuine sense that helping others is a duty placed on us all. Without those "uncaring Tories", meals-on-wheels wouldn't have been delivered, charity shops manned, soup kitchens run, community groups' books audited, children taken on trips...any one of a thousand acts of charity would have gone undone.

What the left mean when they say Tories want to "punish the poor" is that we don't 'get' that taking money in taxes and redistributing it in welfare is remotely "caring". It isn't care - it's the nationalisation of that duty we all have to our neighbours. The left have abrogated any responsibility to care to professional carers - social workers, community workers, youth workers and such like. And the result is the mess we're in, the dysfunction, the division and the failure of services.

All my life I've been surrounded by caring people – nearly all of them Tories - prepared to put their own time and effort into improving the chances of the poor. I have never heard any Tory suggest - even in jest - that we should 'punish' anyone for their circumstances, ill-luck or disadvantage.

Yet the myth persists. It is a lie and the people who say it should be ashamed of themselves.

*Note you can substitute 'poor' in this statement with any other group of your choice.
....
Posted by Simon Cooke at 14:24

I remain mystified (not to say irritated) as to how so many presumably intelligent people on the left can believe something so obviously stupid. It's sinister too.

Before I start, Phil's sinister pun on lefties is massively funny, and deserves our respect, if only for the deadpan delivery.

Also, by way of introduction, I had also thought about an hilarious deconstruction of this myth in the manner of Vlad Propp (just to get Simon's goat) but it's Saturday PM and I have marginally better things to do. So count your blessings.

Simon's right, the illiterate left ignore High Tory history too readily, and turn to adolescent name calling far too quickly for my liking too.

There's also an unhelpful tendency amongst the simple minded (on both left and right) to attribute terrible consequences to the actions of terrible people: even though, when we all sit down like grown ups and play nice, we can mostly agree that the actions of high minded, morally sound people can have terrible and devastating effects on the people they are trying to "help" (cf the vast majority of professionalised care services, the free market, communism, dogmatic religion etc)

So, we've populated our political discussions with a parade of straw-men and stock-characters that belong more to pantomime than real life. If only things were as simple as robber-barons twirling the bow ties of their sub-fusc, whilst grinding the faces of poor defenseless children beneath their expensive heels.

The assumption that "if only other people were more like me, then the world would be a better place" is demonstrably wrong. (According to Matthew Taylor http://is.gd/h0i7I 90% of drivers report themselves to be better than average). Old school Tories recognise and celebrate this: they know that trying to persuade others of their moral rectitude is for the birds. That's what makes them Conservatives. And worthy of remembrance.

It's only those fired by a sense of moral certainty (and its paradoxical lack of compassion) that ride roughshod over others.

I believe that most people fired by an ideology (aka moral certainty), get a certain giddy thrill when they are able to enact this ideology in a more or less unfettered manner. And I don't trust ideologues of any stripe - precisely because I don't trust people getting their giddy thrills in public in ways that affect me (or at least not without my explicit consent).

In contrast to the High Tories of Old, the thoughtful oblige of the noblesse is markedly lacking in some of the more ideologically driven elements of the Conservative Party. And it pisses the Left off when they see this reflection of themselves in the glint of Osborne and IDS's eyes.

The "punishment" meted out by the most recent set of lodgers in Downing Street is real. It's hurting poor people more than it's hurting the people who have the bail-out money squirreled away. It may even be for the poor's "own good". But it is bitter medicine administered to already vulnerable people, and which those on the left (and elsewhere) will claim is actually iatrogenic. Just like the last lot.

The point is, government can't make people better. It can occasionally tilt the balance back to make things less unfair. But even that's unusual. Let's stop waiting for government to save us, and calling one another names to pass the time. And most of all, let's remember that it's compassion that unites people, stirs the heart, and soothes the slow slide towards death.

I have to agree with this. Despite not being a Conservative voter, and disagreeing with much of the party's policies, I have always found those that do support the party to be very involved in society and just as caring as people “to the left” of them. Let's argue about what should be done, and how to go about it, not pretend that there is some kind of battle between those that care and those that don't. Be careful though; suggesting that those to the left are less personally involved in society, because they seek more state help for those that need it, could be making the same mistake; labelling people as uncaring and isolated, when they are not.

Can we just agree that any time anyones makes generalisations about any group of people, the odds of them being anything other than horribly wrong are negligible? That simple principle would do more to restore sanity to politics than just about any other.

One other thing I will add. I completely believe you when you say that most of the people, and all of the Tories, you mix with are lovely people. The problem with people who spend all their time with lovely people is that they begin to assume that everyone is lovely - whereas people who have first-hand experience of how unlovely other people can be are, perhaps, more attuned to the unreliability of being advised to depend on the kindness of strangers. State provision, for all its inadequacies, tends to be uniform and predictable; the upside of dehumanisation is that one is spared the vagaries, cruelties and favouritisms of humans. For people who have never known security, or never been able to depend on it, even the limiting and demoralising security provided by state provision is something. So when it's changed, pretty much the only security they have ever known is suddenly ripped away for reasons they can't comprehend - reasons that, rightly or wrongly, remind them of that which they know all too well already: human cruelty.

That's my take on it, anyway - make of it what you will.

Thanks for these comments. I just want to make a couple of clarifications - mostly about the High vs Low Tory distiction (I'm sure Jon Beech will appreciate the theological allusion).

The 'high' Tory thing is something of another myth - there isn't a secret cabal of liberals who took over the party and pushed aside all those cuddly (if paternalistic) high tories. Nor is there a distinction between those favouring sound money and those supportive of spending.

I am an advocate of free-market ideas - yet this doesn't mean I believe we have no duty to care. It is another myth that a belief in the power of markets to transform society for good represents a condemnation of "the poor".

However, the core premise - that too much of our political discourse involves the careful construction of mythologies regarding our opponents - remains sound.

And thanks for all the comments!