So will social media make us more tolerant (at least in public)? 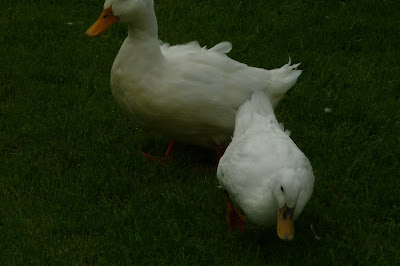 Today I spent a thoroughly enjoyable day in Scarborough speaking with Councillors about social media. Alongside all the usual subjects – how to do it, what the risks are, how councils get in the way of local councillors making best use of social media and how it’s all so scary – was a subject that I find quite fascinating. This is the distinction between public and private – the whole question of our media profile and the degree to which we are tolerant of perceived societal sins.

There are plenty of examples of these perceived sins – threatening in jest to blow up airports or stone journalists, dressing up in WWII German uniforms for parties* (and, of course, the dreadful ‘Nazi salute’) and our back catalogue of misbehaviour.

We’ve seen how the misdeeds of Cameron and Osborne are used as a stick to beat them with (especially as a great deal of such bad behaviour involves dressing up in penguin suits and wearing embroidered waistcoats – a sin of terrible poshness). But the question for future generations of politicians – if you like, the ‘Facebook’ generation is just how we will deal with the silly antics, the photographs of semi-naked dances in fountains and the louche photographs of drunkenness and seeming debauchery. All great fun for 19 year olds enjoying university or 25 year olds on the office Christmas night out but what about those who go on to be cabinet ministers, bishops or diplomats?

Will we as a society still drag out photos from 20 years ago – or even newspaper reports from ten years past – as the basis for active, current political campaigns? Will we still say that such and such a politician should be sacked or has bad judgment because of some drunken photos that appeared on Facebook twenty years previously? Or will the fact that Facebook – and other social media – provide such a public record of everyone that the response will be “so what”?

I suspect we won’t grow up. We’ll still seek political advantage from other past pranks and misdeeds. The apology will be ignored and the opportunity to look at the whole person ignored in the search for a clever comment, a good spread in the papers or a cutting blog post.

*Always wondered why it was OK to dress up as Stalin, Moa or even Pol Pot but not Hitler?

Was it *ever* OK to dress up as Koba/Friendly Uncle Joe? I'm not sure it was...

The issue is whether or not it's unreasonable to use pars pro toto reasoning judge those whom we have elected to make judgements on our behalf.

Our current democratic structures encourage this by suggesting some people do this better than others, and so should be able to do this on behalf of others.

If we got rid of this representative democracy nonsense (where as a consequence of their higher decision making powers, we tend to want to hold people to higher account) then we might not be so angry when we discover they are no better than the rest if us.

"...but what about those who go on to be cabinet ministers, bishops or diplomats?"

Oh, the bishops at least are getting ahead of themselves in the 'embarrassing myself on Facebook' stakes... ;)