Welcome to The Church of Public Health, spiritual home to the New Puritan 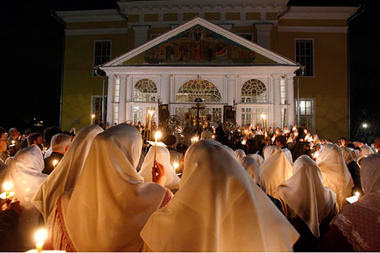 A while ago I wrote a piece entitled “The new Puritans” in which I drew parallels between the assault on the pleasures of the ordinary man and the dour, stolid faith of the Puritans:

Just as did the Long Parliament, today's New Puritans propose to use the power and authority of the state to control pleasures of which they disapprove.


The smoking ban, calls for restrictions of alcohol, the attacks on video games, films and magazines for portraying terrible and lustful images, and a terrible contradiction in our attitude towards and treatment of children. These are the signs that these New Puritans are winning the battle – and it all seems so reasonable, doesn’t it?
And the driver for this new puritan ethic is the cost to society – smoking we’re told “costs the NHS” billions, complex costing are prepared demonstrating just how much our boozing is destroying the economy and now we are regaled with the terrible costs of eating the wrong sort of food:

Professor Dame Sally Davies, the chief medical officer for England, said parents had to be made aware of the "hidden risks" of poor diet for their children. "Fatty liver disease is becoming a very common chronic liver disorder in Western countries and causes serious ill-health. In addition, many cases of fatty liver disease are linked to being obese. We all need to be aware that fat is not only stored on our body surface, but in and around our internal organs too."


Welcome my friends to the Church of Public Health, the high priests of which have only your interests at heart in their quest to reduce the risks of modern living – cigarette smoke, alcohol, transfats, sugar, salt and Ronald McDonald. To understand the core articles of this church’s faith we can turn to its scriptures – lovingly provided for us by the Faculty of Public Health:

Public health is about improving and protecting the health of groups of people (or 'populations') rather than treating individual patients. It is concerned with 'the bigger picture'. Public health professionals must take action to promote healthy lifestyles, prevent disease, protect and improve general health and healthcare services for their local 'population' – which could be a rural community, an entire city or even the global population.


And the Faculty’s Manifesto includes:
A minimum price per unit of 50p for alcohol
No “junk-food” advertising in pre-watershed television
A ban on smoking in cars with children
Compulsory front-of-packet labelling for all prepared foods
Banning transfats
Presumed consent for organ donation

These proposals are supported by some of the dodgiest arguments (but remember this is a Church so acceptance of the argument is a matter of faith in the expert not in the revelation of truth). Over recent years the Church of Public Health has captured our National Health Service to the point where clinical investment choices are being directed not by proper processes of diagnosis and appraisal but by the Church’s obsessions – smoking, drinking and diet.

And the guardians of truth – our media – do not question or challenge the statements of the Church of Public Health and its priests. They appear regularly on the radio and television, in the pages of the newspapers and in a host of specialist magazines and what they say, their supposed evidence, is never challenged. If these priests say alcohol consumption is rising (when it’s not) no interviewer ever questions that statement. When the acolytes of the Church say that smoking costs the NHS billions, no-one points out how much smokers save by dying early or how much revenue they contribute to the exchequer. And when the discussion turns to excess weight, no broadcaster ever asks why we don’t talk more of personal responsibility rather than blame an advertising clown all the time.

I do not think that I will succeed – I feel as a lone voice in the wilderness. But I have had enough of this Church’s mission – a mission that has wholly corrupted the idea of public health, which treats us as recalcitrant children unable to make our own decisions about our own health. So I shall over the coming weeks look in turn at all the tenets of the Public Health – the New Puritan – faith, at smoking, at drinking, at diet and at our attitude to children and young people. Hopefully, this small heresy of mine will get some readers, will turn a few folk away from the New Puritans and will encourage others to question the lies of Priests of the Church of Public Health.
....
Posted by Simon Cooke at 10:28

Excellent article Simon. The trouble is - how do we stop them ? The image I have of the way things are likely to go is that wonderful scene in The Life of Brian, where John Cleese is attempting to control the mob, who are intent on stoning a "blasphemer" who merely said that his piece of fish was good enough for Jehovah; if you were to substitute someone commenting on how tasty their Big Mac had been, the scenario would be brought up to date.
And that is the problem - those of us with common sense are seem as "blasphemers" against the Church of Public Health.

Very well said and, no - you're not alone. If this is to be the New Religion, count me a heretic.

I assume you're familiar with this long but very entertaining read on the same theme: FORTY LASHES by Matt Coward

As long as these conditions are met then freedom of personal choice is the priority.

Simon, terrific post and the silent majority agree with you. People are fed up of being nudged, nannied and bullied by the health authoritarians.

As a Conservative Councillor if you wanted under the aegis of our "Big Society" programme that citizens start taking decisions for themselves without the state, then persuade the council that for example on Fridays and Wednesdays the council guarantees that there will be no Environmental Health Officers inspecting pubs for infringements of the smoking ban.

That will get you some publicity.