Will we still have banks? Pondering on the future of money.... 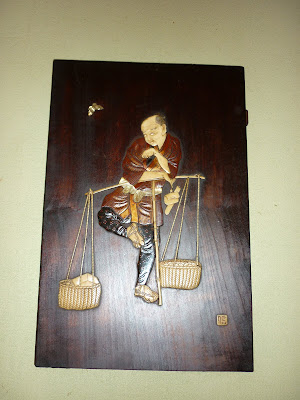 This is a serious question about banks – in days to come will we still have banks as the businesses we love and cherish (so much we’ve given then billions of newly minted pounds and dollars so they didn’t have to cry any more)?
Now I don’t know the answer to this question – except to say that there will be a need to store money safely away from the burgling and thieving sorts (and perhaps the taxman too), there will still be investments made with aggregated funds and there will be an important role advising us on how we should be using the cash we’ve earned, inherited or squirreled away.
Firstly however we need to distinguish between the various businesses calling themselves ‘banks’ and the bank (and banking) itself. It is very likely those businesses will survive – or most of them will – but not as banks in as much as we understand banks:

The principle has been proved that innovation often occurs where the need for change is greatest. Look to Africa, where there are few banks, poor physical infrastructures and a rural population often dependent on remittances from the city. It is here that technology can really demonstrate value by offering a secure, efficient alternative to cash transactions. Such has been the success of products like M-PESA in Kenya that we are at a point where, looking forward to 2020, many experts, as well as the key players such as banks, governments and retailers, can see a world, particularly in emerging economies, where the majority of cash transactions have been replaced by digital ones – and where most of these will be made by our phones.

In the developed world we are lagging behind – partly because we have an extensive, mature and (wrongly) over-protected banking system and partly because consumers are very conservative in matters financial. In Africa people don’t have access to banks – you know those big buildings in the town centre – but are very likely to have a mobile phone:

In Ghana, for example, one in 20 people has a bank account. Meanwhile, one in three has a cell phone.

So the mobile phone means that we are going to move our money around digitally and this money – the stuff the government prints – will be joined by a host of other forms of digital “cash”. From supermarket points schemes through coupons to ever more sophisticated digital bartering systems. After all barter is alive and well out there:

Watches, baseball cards, cupcakes and cookies, artwork, a journal entry, a bike and even a dog have all found new homes at Main Street Family Dentistry in Tupelo, Miss.
Dentist Harry Rayburn and his staff accepted the tokens as a barter from patients on a single day in exchange for fillings, extractions and cleanings, mainly from uninsured patients.

And it is but a short step from this situation to the creating of transferable forms of what amounts to “private money”. By this I don’t mean non-banking investment such as that from angels but de facto money that can be used instead of pounds, dollars and euros.
The problem with all this change isn’t that it isn’t possible – converting Tesco Clubcard points into transferable currency is simple and they could join emerging on-line approaches to payments such as Bitcoin, PayPal and so forth. It is that the authorities don't like it.  Where we previously had no effective competition in the administration and effecting of transactions – you used the government’s money – we now have a more complex, enterprising and creative system brokered on-line but (as we know from Clubcard) applicable in the real world too.
The problem with making this happen faster is that it isn’t what either the banks or the government want. After all, they will tell us, we can’t have just anybody setting up an on-line system for financial transfer and transaction – that’s what we have banks, banking regulation, banking lawyers and treasury departments to do.
Indeed, as virtual cash pops up the lawyers aren’t far behind (although, being lawyers rather than economists they don’t actually understand what money is):

Dax Hansen, an attorney at Perkins Coie in Seattle and one of the experts in this field, says virtual currency can be used to buy anything from a sword or armor in a game to a ring tone on a phone.
"It can be given away for free as a promotion," Hansen says. "It also can be given away as a marketing campaign if you provide some information. It has a value for which the marketer is willing to pay."

The trouble begins when that virtual currency can be redeemed for cash--particularly if it involves more than one company. At that point the financial services laws kick into gear, including those used to prevent money laundering.

Mr Hansen stills sees this emerging ‘money’ as a sales promotion rather than as a competitor to what he call “real money” but it is clear that we shall see challenges – indeed China has already begun:

In the latest wrinkle in the fabric separating reality from virtual reality, virtual money is being exchanged for real yuan on a booming scale. The practice is so widespread that it has raised concerns that virtual money could challenge the renminbi's status as the only legitimate currency in China.

And not just a competing currency but one outside the control of the government. Which bothers American politicians too:

This has not stopped some American politicians from expressing grave concern about the virtual currency. Charles Schumer, a prominent Democratic senator, has inveighed against it, claiming it is just what drug dealers have been waiting for. All the clever cryptography means Bitcoin dealings are difficult to trace. But not impossible.

It seems to me that these people are railing against the dying of banking’s light – the industry has had a decent innings - latterly with the connivance of government in preventing new entry, controlling innovation and protecting the profitability of the existing system. However, just as the on-line world is transforming publishing, altering the dynamic of political discourse and changing how we communicate, we may see it first destroy banking as we know it today and then remove the state’s monopoly over money.
And this change will take place in places where government is weak – in Africa particularly – rather than in the developed world where government is strong. It will be interesting to see this play out and to discover how systems created to sell more tins of beans or allow gamers to buy a magic potion will challenge and perhaps replace the monetary systems of today.
....
Posted by Simon Cooke at 21:06

Cash is still anonymous-ish. The government won't stand for it if it can't be taxed...

@sysparatem hello there. you are making complete sense with all of this and echoing what I've thought for some time. Thanks for a really great blog that reaches beyond political tropes to core issues.
AAA+

Haven't I seen that picture somewhere?