A lesson from Sid... 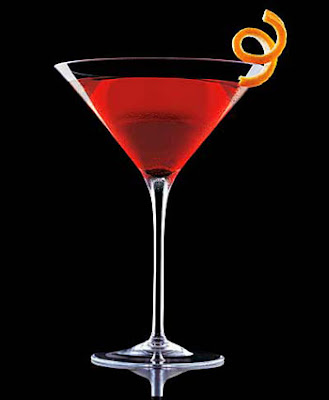 Last weekend, I was told about Sid. I wasn't introduced as Sid wasn't there, he'd stayed back in Saudi Arabia.

Code Arabic name for black-market alcohol distilled from fermented sugar water. Often fermented in stills made from used propane cylinders according to specifications given on the "Blue Flame" - the authoritative document on alcohol manufacture from Saudi Arabia. Life-blood of expats in Saudi Arabia. Normally distilled to 90%+ alcohol content and bottled in used water bottles to avoid detection. Colorless, relatively tasteless, good with tonic and lime. Also means "friend" in Arabic. Also shortened to "Sid".

There, in a country where alcohol is completely banned, it is made in the kitchen. Almost everywhere. Despite the prospect of punishment:

Sentences for alcohol offences range from a few weeks or months imprisonment for consumption to several years for smuggling, manufacturing or distributing alcohol.  Lashes can also be part of the sentence; and a hefty Customs fine if smuggled alcohol is involved.  The authorities also hand out stiff penalties to people found in possession of equipment for making alcohol.

And the lesson from our friend Sid? Banning booze, making booze too expensive, limiting where it can be bought, indeed "denormalising" drink will result in smuggling and illegal production. And - as Sid shows us - making booze is really easy (apparently soaking Jack Daniels barbecue chips in the sugar water is good for flavour!).  And would we rather have good quality drink produced in a clean environment or moonshine made from heaven knows what and making us blind?

Dale bought a bottle of Drop Vodka from an off-licence in Bradford, West Yorkshire. He said: “I’d never heard of the brand before but it was £4 cheaper than the others. The rest of my family are all beer and lager drinkers so I was the only one drinking it.”

After downing a quarter of the bottle, Dale began to feel more drunk than usual and his vision began to blur. But by the next morning he could not see at all and was suffering excruciating pains in the lower half of his body.

“As soon as I woke I knew there was something wrong,” he said. "I was in agony and my sight was almost completely gone.”

Or blowing up the neighbourhood:

Five men died and one was seriously injured after a huge explosion at an industrial estate last night. The blast ripped through what locals claim was an illegal vodka distillery and was heard from up to five miles away.

The tighter our controls get on drink and drinking the more it will go underground. And the more it will be controlled by the same sort of vicious criminals who supply illegal drugs and, in doing so, terrorise neighbourhoods.

The lesson from Sid is that the Church of Public Health will lose the war on booze just as surely as we are losing the war on drugs and, if we're honest about it, the long war on fags. But they will, in conducting that war, in denormalising drink, hand a currently licensed, regulated business over to criminal gangs.

As they have done with tobacco. There was no black market before the tax became about punishing the sinner rather than tackling the sin.

Drinkers will too if the Govt doesn't begin to see sense and stop its puritanical war on people who like to enjoy themselves and be left alone in peace.