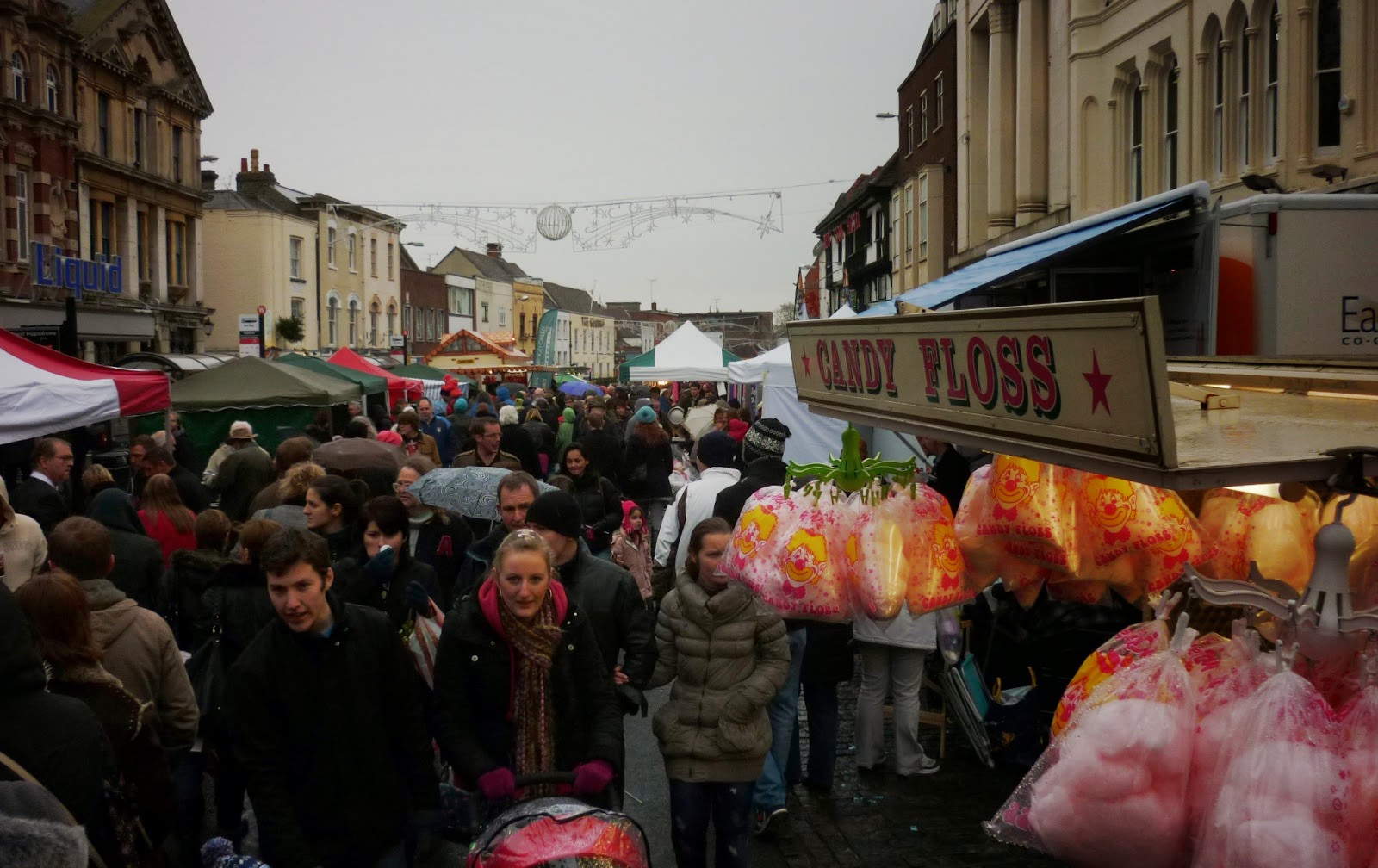 The 'supermarket levy' campaign has been around for a while and, thanks to the thoughtlessness of local politicians in assorted places, has now reached the national media:

BBC News has learned that Derby City Council has called for the right to bring in a levy as a "modest" effort to ensure supermarket spending "re-circulates" in local communities.

Some 19 other local authorities back a so-called "Tesco tax" on big retailers, which could raise up to £400m a year.


The premise for this is that supermarkets and other out-of-town retailers are to blame for the decline of town centres and, when we're asked, we all say town centres are really important. Except that we don't do very much of our shopping there any more. And the reason we don't shop there is because town centre shopping - at least for every day purposes - is inconvenient, inconsistent and often expensive. We have to get into town, park (often at considerable cost) and then lug our tired bodies round assorted shots that may or may not have the things on our list.

The 'supermarket levy' is promoted by an organisation calling itself 'Local Works'. Here's something about it:

Local Works was the coalition campaign for the Sustainable Communities Bill, originally set up by the new economics foundation. The campaign was successful when the Bill became law - the Sustainable Communities Act - in October 2007. Since then Local Works, as a part of Unlock Democracy, has been promoting the Act and urging people to get involved and government to implement it properly.


What nef did was to cobble together this coalition on the manifesto of 'localism' and the Sustainable Communities Act was sold to us on the basis of positive proposals to improve town centres and local communities. It is pretty sad that the usual green left wibble about the malign affect of supermarkets has been allowed to dominate the campaign's agenda. A fine idea that local initiatives shared can prompt national action has become just a campaign for a tax on food retailing, a campaign that won't save the high street, won't make people use independent shops but will impact on food prices in the places where most people - and especially less well off people - shop.

Seeking to rescue the traditional town centre by this route merely replaces trade with subsidy. The independent retailers and town centres become dependent on the money that flows from the levy. This doesn't really make those businesses and those centres viable, it merely acts to ossify a failed model. The future for high streets - as I have said many times before - doesn't lie with mere shopping but with being places of leisure and pleasure. This probably means fewer shops and smaller centres but it also means a different approach starting from what people want - not defined by opinion polling but rather by what people actually consume.

In the widest meaning of these words, the successful town centre is about the event, about theatre and about occasion. Some of the events are grand, some might be political or campaigning or even smaller and localised. But most of the events and occasions are personal and private - Susan's 40th birthday, the end-of-season night out for the football team, a reunion of old university friends or perhaps just a walk round town with mum and dad. The best town centres are the ones that provide for these events and occasions and not the ones harking back to a time before most people had cars and fridge freezers, a time when shopping was daily and a real chore.