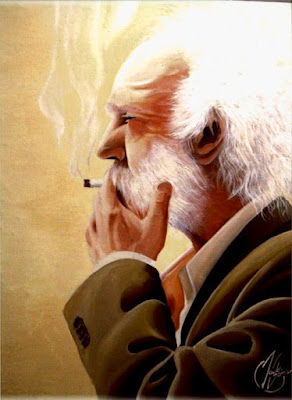 You've all seen the news reports about the Welsh government's proposed ban on using e-cigs in enclosed public places - the same places where smoking is banned. This proposal is another small piece in the seemingly relentless barrage of misleading - downright lies in many cases - misleading messages from people who claim concern about public health. On the Welsh ban, Chris Snowdon sums it all up:


The last few years have seen an extraordinarily dishonest campaign of misinformation against e-cigarettes that is as bad as anything I have seen from the ‘public health’ lobby. There has been a concerted effort to portray e-cigarettes as a ‘gateway’ to tobacco, despite all the evidence showing that they are a gateway from tobacco. They have been accused of ‘renormalising’ smoking without a scintilla of evidence. Misleading research has led to numerous unfounded scare stories in the press. Newspaper columnists have written ridiculous articles without doing the most basic fact-checking. Senior medics have explicitly told the public that e-cigarettes are no safer than real cigarettes. At the same time, ordinary vapers who never had any intention of becoming campaigners – and, indeed, are not campaigners – have been accused of being shills for e-cigarette and/or tobacco companies for doing no more than trying to put the record straight.


I have seen this attitude live - Bradford Council enacted a ban on new fast food takeaways close to schools despite there being no evidence to support their proposed ban and despite the Director of Public Health telling the Executive that the proposals would not make any difference. And I have seen other organisations - from the Association of Conservative Clubs and Wetherspoons through to just about every transport provider - using the British Medical Association's anti-vaping position as justification for their own ban.

These organisations - many of them funded by the producers of pharmaceutical nicotine - have set about denormalising vaping, telling people who quit smoking or cut down smoking through using e-cigs that they are just as bad as the smokers and must stand outside in the rain, wind and traffic pollution. Quit or die is the message - and this means that die is the choice made, for all sorts of reasons, by the smoker.

“This is not an area in which you should wait for proof that harm has conclusively happened. We need to take action now to prevent the possibility of harm.”


Read that statement from the Welsh health minister. Read it again - he's saying that he wants the ban because there might be the possibility of harm. The possibility of harm from water vapour. This isn't a public health argument, it's a "we hate you because you're a smoker" argument. Just as the passing of rules to ban fast food is the result of a squeamish "eurggh, all that greasy, smelly food that common people eat" attitude. Plus the argument for 'minimum unit pricing' for booze - "we won't pay extra for our nice New Zealand sauvignon blanc but that smelly man in the Tesco Express will pay more for his disgusting cheap cider."

Today's public health campaigns aren't about health, they're about values. The imposition of a New Puritan attitude to pleasure - an attitude wrapped up in fake science about dopamine and addiction - where only approved pleasures are allowed. And the assertion that everything in our lives must have a purpose, no longer the glorification of god but rather the search for eternal life here on earth. The option of choosing a pleasure now knowing it may have a health consequence is not to be allowed. Above all the loud, brash, public consumption of pleasure - especially the booze, fags and burgers regular folk like to consume - is to be discouraged if not actually banned.

Vaping is a harmless pastime. Better still it's getting people to stop smoking or cut down smoking. But public health folk don't like vaping because it's not promoted by smart men from a pharma company but by a bloke with tattoos and a beer gut in a cheap shop on Yorkshire Street in Oldham.These public health people are commissioning 'smoking cessation' activities, holding meetings to discuss anti-smoking strategies - and pretending that e-cigs don't exist or worse that they're the latest evil plot from Big Tobacco.

When I started to look at public health, I believed that it was a force for good and that the people could be persuaded by evidence and the realities of life for people (especially people in our poorest communities). Sadly I've not seen this but rather an ideological commitment to undermining the freely made choices people make simply because they might be "unhealthy". And the attack on vaping encapsulates the problem - there is no evidence, no justification for the ban but they proceed with it because they disapprove of vaping.

I can only conclude, as many others have done, that public health campaigners must want smokers to die.
....
Posted by Simon Cooke at 20:12

Soon as you trotted out the harmless water vapor argument, you lost all credibility on the subject of ecigs. Some of the government's positions are unreasonable, but statements like the above are just as misguided and harmful.

as yet none has found anything, under normal operating conditions, to undermine the harmless water vapour position. Yes trace elements, in amounts so small to be inactive, have been found. Levels lower than might be found in the "air" you exhale already. So I understand why
you choose to post anonymously.

It basically is harmless water vapour, it does have some residual elements in it from the propylene glycol, vegetable glycerine, food flavourings and nicotine, but given that none of these elements are harmful and certainly not at the concentration at which they are found in the exhaled water vapour of e-cigarettes, the statement is factually correct.

Tobacco Control literally DO want smokers to die. They are happy to keep getting paid for the next thirty years until all the old smokers are dead.