Finding joy in the journey - the importance of maps 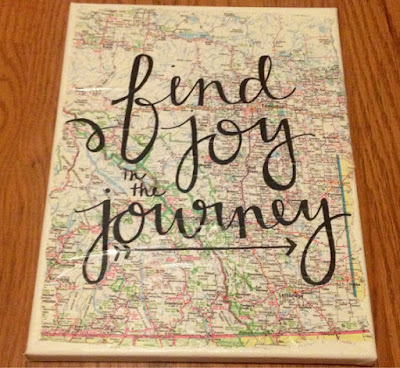 “A map does not just chart, it unlocks and formulates meaning; it forms bridges between here and there, between disparate ideas that we did not know were previously connected.” (Reif Larsen)


One of the problems with satellite navigation systems is that they are pretty linear - we agree a route with the device and the system takes us along that route (without deviation or hesitation, as they say on the radio). Now while this is a pretty welcome and very useful innovation, it alters our relationship with maps. This dawned on me when I arrived at a destination for a meeting but had little real awareness of where I was (other than, very broadly, at a hotel in Yorkshire).

When you look at a map, you get a sense of the relationship between places that you don't achieve through listening to a pleasant voice instructing you to turn left or right, to take the third exit from the roundabout. You'll understand that Warrington is North of the Mersey and that Macclesfield really is in Cheshire. You might follow the route of a river as it winds and weaves its way to meet another river or, for the fortunate few, to arrive at the sea. Looking at a map helps explain local rivalries (except the strange one between Crystal Palace and Brighton) and why there's a town at one confluence but not at another.

Like so many things we take for granted, maps are more complicated, sophisticated and culturally-tied than we give credit. In the UK we give directions (or did before most of them closed down thanks to unhelpful government regulation, cheap booze and the smoking ban) using the often eccentric names of pubs. And names stick - people in Bradford still refer to the Ring O'Bells roundabout at Eccleshill despite it being many years since that pub existed.

It's not just pubs but other institutions that stuck. Growing up, if I wanted to get off the 54 bus at the bottom of Beckenham High Street, I asked for 'the Regal' despite the fact that it had been an ABC cinema since the mid-1950s. There are whole places where the name is taken from something long gone - Queensbury, a town on the hills above Bradford, was originally known as Queen's Head which was, of course, the name of the inn (long gone) just up from Black Dyke Mills.

All this makes the map exciting in a way that digital systems don't - here's mapmaker Tom Harrison on the subject:


When we look at a paper map, Harrison told me, we see more of the surroundings and less of ourselves, whereas digital is the other way around. A digital map, downloaded onto a phone or found on an app, can be revised quickly and cheaply but eliminates the need to locate yourself in the landscape. The premise is that you are the center of everything; there is no map without you.

With a map spread out in front of us - whatever its scale - we've a sense of place, a picture of towns, hill, railways, roads and rivers that captivates. I remember looking at a map of Tristan da Cuhna, tracing the road, the settlements (there's only one really - called Edinburgh) and wondering about the experience of living there. The same pleasure could come from a street map of Bournemouth or a classic Ordinance Survey Landranger of some part of England.

On the wall part way up my stairs is a copy of the original OS survey map of Cullingworth and surrounding areas - it is replete with the history of where I live in a way that can never be the case with a text history. You can trace your finger across the map - look at the buildings that have gone and the ones that survive. We're reminded that the village was much smaller despite having four mills and that what population we had was mostly crammed into back-to-back terraces in the centre of the village - now, bar for one or two, all demolished in the 1960s.

So next time you're going on a trip, for pleasure or business, take a minute or two to get out the map and look at where your going. Before you tap the postcode into your satnav, trace the different routes on that map, look at the places you'll pass, the sights you might see. Take a chance to name the hills you'll drive pass, to know which rivers you'll cross and why the towns you'll pass by or through are there. As you drive, little triggers of memory will prompt you to remember those few minutes of research and the things you learned. Above all you'll have a sense of the place itself not merely the line between where you started and where you'll finish.

A lovely read. But, for me, GPS was the best thing since the proverbial. If I took a wrong turning, as I frequently did, the map didn't help: neither it nor I knew where I now was.

Completely with you. Satnag is okay for route planning from A to B, but should not be used in isolation. Whenever I'm going somewhere unfamiliar, I always consult a local map first to fix the locale in my head. Then, when the satnag tries to take me the wrong way down a one way system, or the satellite connection drops, I know enough to find my destination without it.

We never make any significant trip without buying the OS maps that cover the area - you can learn history from them as well as geography. Like my father (now 92 and a great climber/cyclist/walker in his day, I can just sit and read an OS map for pleasure.

And aren't we fortunate to have them; it's only when you try to follow (say) a footpath in another country (I'm thinking of the many hiking trails in the Apennines as one example) that you realise their maps simply aren't accurate; if OS says there's a bridge, there will be a bridge; if it's shown as an overbridge, it definitely won't be an underbridge. Winding roads are accurately mapped so that you can count the bends, not just shown as vaguely wiggly.

But I am in danger of getting carried away.

Agree completely, even though I do use a Satnav occasionally - generally for the last mile or so in unfamiliar territory.
However, it's "look at where you're going".