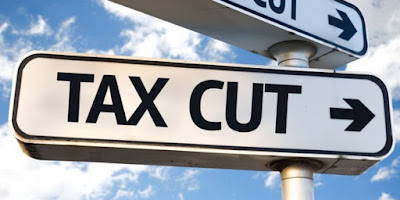 The aim of the policy is to try and stem the tide of young Poles that head for other countries - an estimated 1.7 million people left Poland in the past 15 years which, as the Polish PM observed, "It's as if the entire city of Warsaw left".

For those who have already left, especially the better educated (something like 750,000 graduates are in that 1.7 million figure), the incentive probably isn't good enough and they're likely to be earning more, even after tax, that they would in Poland even assuming there's a comparable job. But it might have two effects - to slow down the departure of young Poles in the future and to encourage new investment to exploit this pool of labour.

Which brings me to my question - could we use the same policy as a means of slowing down the "giant sucking sound" (to borrow from Ross Perot) of Northern graduates heading to London and the South-East? I'm not convinced it's a 'silver bullet' but it would add to the existing incentives of lower living costs especially for housing. It may even attract a few soft southern pansies like me up north! Worth a punt?

How would you define 'Northern Graduate'?

'ooop North'. Would you a bonus if you could tick all four?

Or, could it be like the Irish rugby team.... if you once downed a pint of locally brewed beer then you qualify.

I mean, I'm a soft-shandy-drinking southerner but I have cycled over Hardknot on the Fred Whitton - would I qualify?

Oh, and where does ''ooop North' start.

Meanwhile next door in Hungary, women who have four or more children are being given life-time freedom from Income Tax.
Just what we need with 8 billion already on the planet - maybe it's time someone reminded the Hungarians of the old slogan "Think global, act local".