Do we need to invest more time, thought and money on making communities work? 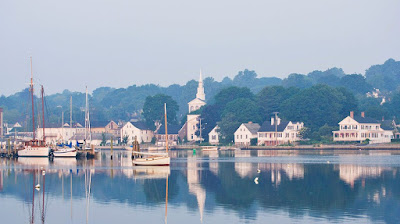 The American Enterprise Institute (AEI) has a survey on community and society - "Social capital, civic health, and quality of life in the United States". One of the researchers Samuel Abrams comments on some of their findings:


...when Americans live near a variety of public places and spaces – from cafes and bars to shopping areas and parks, playgrounds, or beaches – trust in others and sense of community increases, feelings of loneliness and isolation decline, and faith is local government is higher than in areas with fewer communal amenities. The data also reveals that these amenities can be regularly found throughout most residential spatial forms to varying degrees around the country from inner cities to small towns and suburbs; only rural areas tend to lack close proximity to these amenities en masse.

This is not simply about public sector provision but a wide variety of places where people meet and interact - "...grocery stores; restaurants, bars, or coffee shops; gyms or fitness centers; movie theaters, bowling alleys, or other entertainment venues; parks or recreation centers; and community centers or libraries."

Abrams focuses on voter turnout in local elections (and how dog owners are more community minded - I guess we'd better not mention the poo though) but at the core of this concern is the idea of trust with the research finding that people "...derive a sense of community from their friends, neighborhoods, and hometowns more than their ideology or ethnic identity. Regular interaction with friends and neighbors produces a strong sense of community."

Put simply, community matters. And this, a discovery that shouldn't surprise anyone, is something that too often takes a secondary place in public policy around crime, economy, health and welfare. All these policy areas run along separate lines with separate groups of experts many of whom see the issue as being about the actions of individuals or small groups of individuals.

What this research suggests is that having people living in identifiable, safe neighbourhoods should be a primary aim of public policy. And, while this chimes with some aspects of city-oriented 'New Urbanism', it also suggests that we should focus a little less on the economics of agglomeration and a little more on the sociology of neighbourhoods. We can agree about 'walkability', about the value of main street, and about how private amenities are as significant - perhaps more so - as public amenities, but not about the impact of city living on transience, loss of community and social isolation. It maybe shouldn't matter that in Manhattan and Inner West London the most common 'family structure' is the single person but perhaps this is an indicator of that social atomisation.

There is, in much of today's urban planning, not merely a disdain for suburbs (despite AEI's research showing suburbia is where there are the most high amenity neighbourhoods) but a somewhat inhuman utilitarianism focused on cramming the highest numbers of 'worker units' in the smallest space. There is a kick-back on all this with the idea that we can develop much more densely without losing the idea of houses or streets - the inner urban world doesn't have to crowded anonymity - but we still see suburban development dismissed sneeringly as sprawl.

At the same time the legacy of Ebeneezer Howard continues with the idea that the answer is new communities - 'garden cities' - are the answer rather than the modest extension of exiting suburbs, towns and villages that are already high amenity places. It's also why we should worry about the decline in our high streets, should stress the value of community centres and village halls, and should consider - for all their sometimes pettiness and nosy-parkering - things like Parish Councils and community associations as vital to a strong neighbourhood. And perhaps, when we're considering splashing public money on railways or huge new hospitals, we should ask whether putting some of that money into community amenities might just be better for society and people's well-being?
...
Posted by Simon Cooke at 13:33