In which I 'splain the game of intersectional top trumps 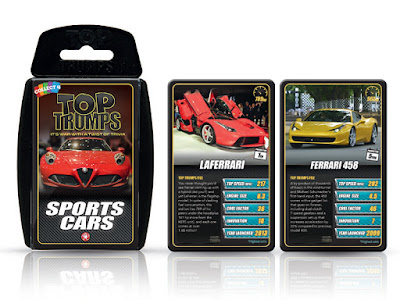 I was going to "whitesplain" Islamophobia, "mansplain" misogyny and "straightsplain" (is this a word yet?) gay rights. But, for all the entertainment value of this, I suspect it would be more of an indulgence than a contribution to our understanding as to why the terms - which are simple tools used in argument to close down a debate by excluding someone - are a problem. "As a white man you can't..." is a common rhetorical gambit in social media (and increasingly in real live debate) and assumes that, in the matter of 'feelz', you cannot begin to understand the "lived experience" of the identity group in question unless you're from that group.

As writer James Bloodworth observes, this obsession with "language-policing and virtue-signalling, rather than purpose" represents the transformation of 'the left' into a hobby rather than a movement for social and economic change. We are also seeing, despite all the fact checking and talk of evidence-based policy, a time when feelings, empathy and emotions (or more accurately statements of these things - "I'm upset", "that is offensive", "you can't understand how...") dominate, all wrapped up into the idea of "lived experience". Instead of collecting data about the impact of single parenthood, analysing it and developing policy responses, we are encouraged to listen to stories and statements of feelings, to bow to the "lived experience" of those people.

There is a limit to all this and Bloodworth spots it:


Lived experience is clearly important, but it is not everything — as most middle-class Lefties are apt to remember when they encounter a white British person who doesn’t like immigration because of the social effects it has had on their hometown.

Here we have a classic example of how the idea of identity politics becomes a game of top trumps rather than a valid tool for sociological analysis. The poor, old white bloke nursing a pint in Wetherspoons while complaining about how "they" have spoiled his town is describing his lived experience with the same amount of emotion and story as the Somali kid over the road. We might call that bloke 'racist', 'gammon' or 'boomer' but does it make sense to include a man barely scraping by on a crappy pension in the idea of "white privilege"?

We see repeated examples of these intersectional conflicts - the Asian mums complaining about their kids being given sex education that talks about homosexuality, young white girls in care being given less priority than their non-white abusers and the whole crazy Trans vs TERF thing. Everywhere we look we see that this idea of identity as the driver of politics and policy crashing into the reality - black rappers sing homophobic lyrics, Asian taxi drivers make racist jokes about Africans, gay women say gender fluidity denies their identity as lesbians.

Policy-makers, like marketers, love a good typology, something that puts people into conveniently labelled little boxes. This makes the job a lot easier - the marketer can target by ACORN codes and the policy-maker can design policies for the contents - gay, straight, white, black, northern, coastal, old, young - of all their little boxes. Each policy has internal coherence and reflects the 'lived experience' of the particular box's contents but completely ignores that people are in multiple boxes and the policies responding to Box A may be a problem for the people in Box B and especially challenging for someone who is in both of these boxes.

So we turn it into a game of top trumps meaning that we give (usually for specious virtue-signalling reasons) greater priority to some boxes. All this means that somewhere there's a loser and, as we're coming to realise, the loser is probably that bloke with the pint in Wetherspoons. And while he's pretty sanguine most of the time, he really doesn't consider himself privileged. Nor, when he looks at his perfectly ordinary working class family, does he consider them privileged. Yet our game of top trumps means that the black daughter of a Nigerian millionaire who went to Roedean and Oxford then took a great job with an elite publishing company and lives in an awesome Chelsea flat is less privileged than a white man earning ten pounds an hour driving a fork-lift in a warehouse and living in a Wakefield council house.

We give more attention to whether a rich female TV presenter is paid more or less than a rich male TV presenter than we do to vulnerable white girls getting groomed, abused and raped. Government spent loads of time and money on a national enquiry into the gender pay gap accompanied by TV shows, discussions and horror stories of how a woman in media is only paid £400,000 while some bloke gets £600,000. We even got a new law. Meanwhile, we're still waiting for a full enquiry into why councils, health authorities and the police ignored the grooming, rape and abuse of vulnerable white girls.

I'm not sure where we end up with this approach to policy other than with that game of top trumps, a game that is won by people placing themselves in the most advantageous boxes. The contest for attention, cries of prejudice and wrong-doing, will be won by the articulate middle class not by more tongue-tied folk like that bloke with the pint in Wetherspoons. The debate will be about the careers of successful, university-educated people rather than how Tyler with two GCSEs and a criminal record gets into a world that isn't dominated by insecure jobs, petty crime, cheap lager and weed. Every now and again, a journalist will stray into Tyler's world (or the closely related world of our friend in Wetherspoons) and those smart, university-educated folk will be shocked for a minute or two before returning to more important things like the gender pay gap, why the media are horrid to Meghan and letting men use ladies loos.