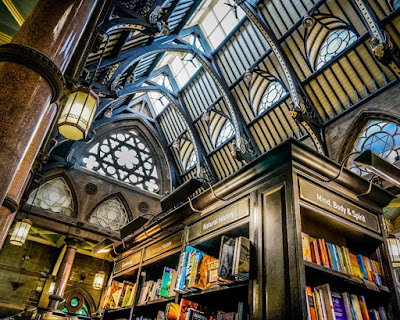 At the moment it's perhaps sacrilege to suggest that Roger Scruton's beautifully written bucolic reaction isn't helpful, let alone representative, of conservatism as a political idea. Like so many, Scruton seems to see conservatism as being the preservation of a vaguely defined thing called either 'Christian' or 'Western' civilisation, which perhaps explains his conflicted views of Islam and Judaism. Yet Scruton's death, and the quite proper reflection on his contribution to conservative thinking, has raised the issue of why (we're told) there are too few conservative thinkers. Here's Ben Sixsmith:

The Left has its intellectuals. We like to characterise leftists as emotional if not hysterical — and that is by no means always an injustice — but they also have a deep, if narrow, emphasis on learning that the Right does not share. Read the London Review of Books and you will find a depth of literary and historical erudition that cannot be found in Right-wing publications.

We perhaps need to start with recognising that Sixsmith seems captivated by the sort of public intellectual that those on the left have always enjoyed - I too read the London Review of Books and, far from finding an "emphasis on learning", I see instead that narrowness Sixsmith alludes to, a wonderfully written epistle to London's elite, left-wing intellectual aristocracy that acts merely to reinforce their exclusiveness and disdain for ideas outside that narrow world. If this is "thinking", let alone philosophy, then you are welcome to it.

Should we, as conservatives (we should claim this title again and reject "The Right" as a purely reactionary descriptor) be concerned about the lack of philosophy? Should we be concerned also at the lack of conservative economists or sociologists too? We know that academia is an uncomfortable place for conservatives, you need only watch the manner in which Jordan Peterson was dumped by Cambridge University at the first hint of criticism, or their defenestration of Noah Carl on the basis of a petition. That one of the two or three greatest universities in the world cannot countenance having academics who challenge the sacred orthodoxy should be a bigger scandal but it goes a long way to explain how it is near impossible for conservative voices to be heard in academic social sciences or philosophy.

But does this matter? Or is ivory tower thinking simply, as most instinctive conservatives feel, a waste of time? What is clear, however, is that thinking (in one way or another) about conservatism and the application of its ideas to policy, is very alive when you step away from universities and arrive in the world of the think tank. It is probably right to say that we've never been in a position where the influence of think tanks - right, left, liberal, socialist, conservative - has never been greater. And, while these organisations more often focus on the practical, there is a sense that conservative thought is perhaps surviving the attempt of the academic left to kill it off.

Conservatives have always had a welcome scepticism towards intellectuals, one born in the knowledge that so often those intellectuals are wrong and fertilised by that central principle, doubt. The Conservative Party is the only one to have been led by a philosopher and theologian who wrote an actual treatise on why we should be sceptical. And the problem with intellectuals is that, too often, scepticism is a foreign country - in that treatise, Balfour even noticed our reluctance to apply the same rules to our own beliefs as we apply to those other others:

...so that our position is this- from certain ultimate beliefs we infer than an order of things exist by which all belief, and therefore all ultimate beliefs, are produced, but according to which any particular ultimate belief must be doubtful. Now this is a position which is self-destructive. The difficulty only arises, it may be observed, when we are considering our own beliefs. If I am considering the beliefs of some other person, there is no reason why I should regard them as anything but the result of his time and circumstances.

This scepticism makes the case for being conservative because it reminds us we should proceed with caution. To return to Scruton, his instinct to conserve came (he tells us) from seeing the riot and destruction of Paris in 1968. But this is not a rationalised philosophic position but rather an emotional response, the same response that gives us good and bad from that desire to preserve - the NIMBY on one hand, and the community archive on the other. We save old buildings, treasure ancient books and preserve cobbled streets out of an attachment to the thread of human history. This is not about the great and good of times past but the forgotten men and women who created those things:


Not the great nor well-bespoke,
But the mere uncounted folk
Of whose life and death is none
Report or lamentation.

Although the erudition of the philosopher embraces things felt, I fear that Sixsmith in his search for ideological certainty, looks for a definitive conservative text or texts, where none exists. We can describe what conservatives feel about things, explain the importance of tradition, of family and of community, but there is no philosophical rule book here nor should there be one. I can take my well worn copy of Tolkien's Lord of the Rings, turn to the 'Scouring of the Shire', that part so tragically left out of the film, and tell you this is the most profoundly conservative piece of writing. If you want to understand, don't bash your way through dry tomes, just ask why it was that Sam Gamgee took his gift from Galadriel and went to every corner of The Shire to share its benefits. Ask why Sam got married, raised a family, became just a well-regarded but ordinary hobbit rather than some great and dominant ruler. Ask why unchanging is so important in a changing world.

It would be lovely to have more conservative thought in universities. But, in the end, it doesn't matter because much philosophising takes the form of that London Review of Books, a reverential self-regard not a search for truth. Sixsmith is right that conservatives should acquaint themselves with our intellectual heritage but this is a vast treasure trove not restricted to philosophy - the poetry of Kipling and Houseman, the writing of Tolkien, Trollope and a hundred others stretching right back into the mists of time, back to Chaucer and Langland and before them to the tales of our ancestors like Beowulf.

So long as we keep these things, and bring our own understanding to them, there is no prospect of conservatism or conservative thought petering out. The human instinct to caution, to preservation and to the traditional of story, of remembering, is the most important source for conservative ideas not great brains wrestling great ideas. The latter, I fear, lead us more towards authoritarianism, to Saruman rather than to that shared, fair, equitable and good society that Sam Gamgee restored with the earth from Loth Lorien.

Absolutely - conservatism is at heart about ordinary people living their lives as well as possible, not about Big Ideas.