We do need police reform - and accountability. Not sure how we get it. 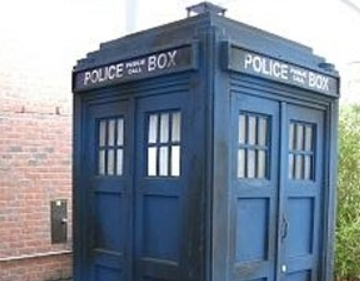 When I was a kid there was a Tardis just on the corner of Fairford Avenue and The Glade close to the front of Monks Orchard school. The inhabitant of the Tardis was a huge policeman with a massive beard and a big cloak. I know this because he took Jeremy Ling and me home (for a thrashing) after he caught us playing chicken with the cars on The Glade. This policeman lived a little further along the street in one of two police houses. That man was, without question, part of our community, he lived among us, knew who we were (to the extent that – I wasn’t that bad really – he didn’t need to ask where I lived) and wanted the best for us.

This wasn’t some sort of cute rural idyll, but suburban South London and it was a picture repeated across the country. Even in the 1980s there were still police houses – my university friend Andy Barker moved into one in Wickham Bishop’s when he became that village’s bobby – and, at least outside of the big city, a sense that the police were part of us, citizens in uniform.

I don’t think this changed overnight but, as the years passed, policing became more ‘scientific’, more planned, more centrally directed. Operational efficiencies (and the ability of police officers to buy their own homes) saw the police houses sold off, the police boxes removed, and small police stations shut. We replaced this dispersed infrastructure with huge anonymous barrack-like buildings, often (as connoisseurs of Bradford’s police buildings know) built as if to intimidate and dominate rather than as the home of an approachable public service.

At the same time, the helmet and cloak of that policeman from my childhood were replaced by stab vests, squeaking technology, tasers and fast cars. At times, the police seem welded into their vehicles – I remember asking some police officers driving round the pedestrianised Bradford City park why they couldn’t get out and walk round. They sank back into their comfort zone by asking me whether I (a pedestrian in a pedestrianised area) had been drinking. Apparently, there might be some incident requiring them to move very quickly – doubtless driving at speed through a crowded park is just fine and safe.

Today I read from Twitter that, drunk with new power and authority from the Covid-19 regulations, police in Maidstone have poled up to the railway station where they are stopping people heading to trains – “the police are standing at the station forcing people to prove they have a reason to go into London”. What’s unclear is whether the police have any authority here – do the latest authoritarian controls gleefully dumped on us by government really allow these controls? I’m not aware of any travel restrictions and this means it is literally none of Kent Police’s business to be asking why someone is getting a train to London.

This does, however, remind us again that modern policing is dominated by three things – operational efficiency, compliance with assumed social norms, and the extension of police powers. It was operational efficiency that led to the closing down of local policing and its replacing with under-resourced and ineffective neighbourhood policing, a practice typified by beat policing becoming the role, almost exclusively, for new recruits and those whiling away the last few months before retirement. It’s not that the police officers concerned don’t care but more that they will be in that neighbourhood for such a short time, they’ve no chance of getting to know the place well. Modern police officers wouldn’t know where today’s versions of me and Jeremy Ling live (and probably aren’t allowed to just take the naughty boys home for a well-earned punishment from Dad).

Enforcing assumed social norms (or “woke policing” as some might call it) lies behind mission creep around things like hate crime as well as the police service’s enthusiasm for painting cars in rainbow colours and dancing at street festivals. Many senior police officers genuinely see enforcing presumed norms around equalities as a fundamental and central function for the service – on the same level as catching burglars and muggers. In a “multi-priority” world promoting the “equalities agenda” will be one of those priorities. Now leaving aside that where there are a multitude of priorities there will, in effect, be no priorities, the message from the police is that they think protecting people’s pronouns and responding to nasty words on Twitter is just as important as dealing with the daily toll of burglary, stolen cars and broken faces. Or rather this is the public face that the police want to present.

Finally, and this takes us back to those police officers at Maidstone station, there’s the extension of police powers. We’ve seen this development everywhere – from the (essentially illegal) trials of face recognition technology through to the abuse of Public Space Protection Orders (PSPOs) and Anti-Social Behaviour Orders (ASBOs) to create criminality where no actual crime has been committed. It is not, for example, illegal to stand with a couple of friends listening to music from a car stereo. Yet Bradford Council, working with the police, has used its PSPO powers to use orders issued by the police (or council wardens) to turn such an essentially innocent activity into a crime.

Whenever the police reported to Bradford Council’s Corporate Scrutiny, we went through the rigmarole of looking through some carefully curated crime figures while the police officers present would tell us they could do so much more if only they had more (usually unspecified) powers. And because we care about crime, us politicians would take away these concerns. Every conversation about crime then becomes an exercise in demanding the creation of new crimes and the parallel establishment of new powers for the police to enforce these new crimes.

Like so much of our public administration, the police are beyond accountability. Even with the creation of Police and Crime Commissioners, there is no suggestion that the public has any say over the way in which the police operate. Indeed, senior police officers are clear that these commissioners are not there to hold police operations to account but rather to act as advocates for more money and more powers. Not one police commissioner has even tried to impose any real direction on the police force they purport to commission preferring instead to act as advocates for that service’s desires (or rather its leaders’ obsession with operational efficiency, enforcing presumed social norms, and seeking new powers).

I don’t know how we break out from this situation (and suspect that it’s not a circumstance peculiar to the UK, at least going by news reports from Australia, the USA and Canada) but the public is poorly served by its police. Not because individual police officers are bad people or even especially “woke”, but because of a dominant technocratic ideology. We know that people don’t want this impersonal, fussy and distant police service but, by saying only the police can determine operational methods, we have (just as with health and education) created a system where operations are designed to meet the preferences of the organisation not the preferences of the public it serves.