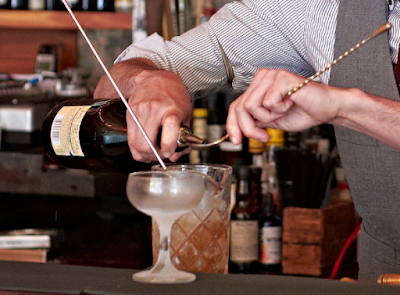 I was, at the start of my working life, a Conservative Party agent. This began with a training posting in Old Bexley & Sidcup then election agent in North Luton for John Carlisle and finishing in York where the profession and I parted company. During this period I worked in the constituencies of three different MPs - the first a former prime minister with all the pomp we assume goes with that honour, the second a backbencher noted for trenchant right wing opinions, and the last a non-entity who I didn't get along with at all. But my story isn't the point here, the point is how these three MPs worked.

None of these MPs had their own constituency office. Maybe this will come as a shock to those involved in today's politics who see MPs with generously staffed constituency offices as well as a Westminster office. The three MPs had a London office. In Ted Heath's case a fine corner suite in the old Norman Shaw building, in John Carlisle's case little more than a desk in an alcove in Westminster Palace. Heath had a secretary, a full time resercher and, usually, an intern whereas the other two MPs made do with just a London secretary.

Today, according to a review by UCL, there are over 3,500 people employed by MPs which amounts to five each. Add the costs of high street constituency offices to house some of these people and there's a huge investment of taxpayers' cash in supporting MPs in doing their 'vital work'. Are we better governed as a result of this huge increase in staffing and support for MPs? Do MPs perform better? Do these employees allow the MP to focus more on their primary role? Or are these offices and workers mostly directed to the vital and essential priority of getting the MP re-elected?

As an ageing cynic, I lean largely to the view that most of this support is unnecessary and that its existence distracts MPs from their main function rather than allowing them to focus on that role. The fine office encourages the MP to spend time in the constituency - a place where other than being its representative that MP has no function. And this is the biggest problem, MPs have become glorified caseworkers chasing round after those who arrive in their surgeries or who contact their office. You'll hear MPs bragging about how much casework they do, how their advice surgeries are cramming with the desparate and deprived, and how they are worn thin by the endlessness of their job.

In my jaundiced opinion all of this is because MPs aren't doing their job, they are doing the jobs of others - local councillors, council officers, the CAB, advice workers in the benefits service and a host of others whose role is to deal with the public. The role of an MP is really very simple - because all the people can't (and won't) cram into one place to make the decisions necessary to direct government, we choose, by election, a representative to do that job for us. So the MP's job isn't to swan around Basingstoke or Barnsley being "the MP" but to be in London when Parliament is sitting so as to represent those people in Basingstoke or Barnsley. The MPs I worked for in the 1980s, for all that they fussed about the place they represented, understood this role. I am not sure that today's members do.

It is for this reason that the latet iteration in the 'sleaze' debacle is important. We're being told that MPs should "prioritise" Westminster but this doesn't mean getting rid of the constituency offce but rather that an MP shouldn't have any outside interest or activity that might be called a "job". I think this is nonsense and that doesn't make me an apologist for sleaze but rather someone who thinks that the job of representing Barnsley or Basingstoke isn't a full time job.

Parliament sits for about 150 days in a typical session (which isn't exactly a year but we're going to treat it as such). So in any given year MPs have to make themselves available in London so as to take part in debates and votes for three weeks out of five during the year (although typically the de facto Parliamentary week is three days plus two half days alowing MPs to "spend time in their constituencies"). Even with the current structure of the parliamentary day, it is clear that MPs have ample time to engage in outside activities, paid or unpaid. And being able to do this allows for people to carry on other important work while serving as an MP. I consider that this would make for a better parliament that one filled with people who spent more than half their time chasing casework and campaigning to get elected again.

I am tempted to propose we go even further - reducing the number of weeks sitting to 14 but using the full five days (so 70 days rather than the current 150) and paying MPs an honorarium rather than a salary. This would encourage MPs to have a main job rather than seeing being an MP as a career instead of a noble piece of public service. I consider that MPs continuing a job as a doctor, accountant, lawyer, academic or bus driver would grant parliament a greater degree of depth and understanding than is the case today. And MPs would have less time to waste on gossiping to lobby journalists or plotting assorted political coups and other nonsense.

I don't consider it wrong that Geoffrey Cox and David Lammy earn good money for a few hours a week lawyering or radio presenting, I consider that this activity probably makes them better representatives than the MP who spends every hours god sends fussing over why the Council got Mrs Jones' housing benefit wrong. I like that Dougas Ross, injury allowing, runs the line at Scotish Premier League games and that Ian Blackford maintains his links to City of London financiers - this makes them better MPs. And it is great that Ben Bradley and Dan Jarvis stayed on as MPs while being respectively a councty council leader and a regional mayor - again this makes them better MPs.

We moved a long way from "did Owen Paterson break the rules on parliamentary interests and influence" to saying this is because some MPs with highly valued skills continue to profit from those skills. Of course we need rules (and MPs who break them should face sanctions) but that doesn't make it remotely sleazy for an MP to carry on as a director of his family's business, write books, sing in a choir, keep pedigree angora or any other of the myriad of interesting activities - some paid some not - that make for a more interesting and rounded person. Better still, these activities bring new, interesting and informed perspectives into the actual job of an MP - representing us by discussing, debating and deciding on the laws, regulations and activities of our government.

I totally agree with your view that MPs should have second jobs. Some of them even become government ministers or shadow ministers which should be quite onorous jobs. I don't see anyone saying that MPs can't do these jobs.

I don't think reducing to sitting 14 weeks is a good idea. There is already a problem that Parliament is not sitting when there is a need for urgent debate in Parliament about a National/International situation (think the Afghan withdrawal this summer). Instead, I would propose much shorter breaks, and Parliament sitting c.39 weeks a year - with no break being longer than 3 weeks. HOWEVER, the Parliamentary week would be cut to, alternating between 2 and 3 full days a week, leaving MPs 2 or 3 full days a week for non-Parliamentary activity.

There's a huge difference between MPs having a second job bringing not only income but life-experience and MPs having an income stream from businesses simply due to the capacity of their position of potential influence over issues relating to those businesses.

Hence I have no problem with an MP operating a betting-shop as his parallel career, but I do have a problem with an MP accepting sums from large betting companies just because he's an MP. The first is an honest endeavour, the second smells a little different.

"Today, according to a review by UCL, there are over 3,500 people employed by MPs which amounts to five each."

One is also reminded of the famous American quote "No man's liberty or property are safe while the legistlature is in session".

Anonymous is right. No MP should accept outside employment after he has entered parliament but should be able to bring an existing employment when he is elected.