New Suburbia: 1. What is a suburb? 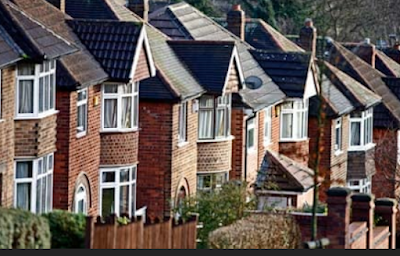 There are, it seems, two sides to the housing debate – NIMBYs and YIMBYs. Yet these groups agree on one thing – that the answer to the housing crisis is to cram more and more people into our existing urban footprint. NIMBYs do this because otherwise, in the words of Levelling Up Minister and Tory MP, Neil O’Brien "...it means building right next to people. And specifically, to people who chose to live on the edge to get a nice view." YIMBYs do it because they see dense, busy cities as a wonder, “humankind’s greatest invention” to quote Ben Wilson.

The thing that YIMBYs and NIMBYs agree on is that suburbs are naff. For sure most don’t use that precise word. But between the wealthy inhabitants of places like the Cotswolds and the similarly wealthy inhabitants of posh inner London (often the same people of course) there is an accord that suburbia is boring, filled with dull people doing dull things and raising dull children who will go on to be similarly dull. Suzannah Lezzard, in an essay entitled “Why Do We Hate the Suburbs?” described this outlook:

“Off they went, the two of them, both with their beautiful old houses and even more soulful gardens, on the emptiness of the suburban dream. All about what a crime the destruction of the countryside was, and not one word about what those houses, those small plots of land, might mean to those who owned them, let alone the fairness of distributing a little to many rather than sticking with a lot for a few.”

Meanwhile in the big city people like “celebrated urbanist and Fairfax architecture critic Elizabeth Farrelly” have no doubt that suburbia is not only dullsville but a dullsville which is destroying the planet:

“The suburbs are about boredom, and obviously some people like being bored and plain and predictable, I'm happy for them … even if their suburbs are destroying the world.”

The thing is that, despite a hundred years and more of urbanists and cultural critics sneering at suburbia, people still flock to live in those dull and boring suburbs. People still tell pollsters that they prefer a proper family home over a flat. Suburbia is popular. People want to live in suburbs. Or at least it seems that way. To appreciate why this is so, we need to get away from the pleasant city life of the wealthy and look instead at the unpleasant urban life of the poor.

“Suburbia in England is more than just a functional concept: it was about an escape from the squalor of the Victorian city, about well-being, aspiration, decent, plentiful and affordable housing, and the freedom of good transport, initially rail (Metroland etc), then also the car.”

This, from urban policy writer, Tom Bridges takes us away from the usual characterisation of suburbia as a sort of social dead end and towards an appreciation that living in a suburb is aspirational for someone brought up in a cramped, crowded inner city tenement. For all that we are much richer than in the Victorian slums people got on a train to escape, the life of an immigrant family in an East London council flat is still made better when that family might aspire to escape to a three or four bed house in one of those reviled suburbs.

What do we mean by a suburb? My generation in Britain have our suburban image set by popular culture. We watched Reggie Perrin walk to the station reciting the names of the streets. We laughed along with Tom and Barbara Good. We saw in ourselves a little bit of Mrs Bucket’s snobbishness and revelled in the lives of Brookside residents. Of course, most of us were growing up in these places, we were laughing at ourselves just as The Simpsons, Rosanne and The Fresh Prince allowed Americans to laugh at their suburban lives. Suburbia became a mindset, a set of values rather than just a location sort of adjacent to a big city.

Suburbia became something other than its inception as an extension of the city. A commuter village like Cullingworth where I now live is just as much a suburb as Shirley where I grew up, a land of semi-detached houses squeezed between Croydon and Beckenham. Most people’s aspirations are realistic, we’d like a huge house in Oxfordshire or a beachside villa in Southern California, but our real aspirations are for a decent family home in a good neighbourhood where we can live that boring life the urbanists peer at down their noses.

Suburban aspiration is a compromise between the pokey bedsit with a good view of a brick wall and that stately home. Quite how far along that path we travel is down to our own fortune and effort but for most people the place we finish is in a suburb, somewhere that isn’t the city. A compromise between the city’s bright lights and the comforting peace of the countryside. Suburbia, however, is more than this, it isn’t a mere compromise but a physical manifestation of our values and a reflection of what matters most to us.

City boosters always point to amenities as proof of how inner urban density is best: more restaurants, more museums, more fancy shopping, more “culture.” Yet we don’t spend our actual lives flitting from restaurant to museum to art gallery, we spend most of our lives working and at home. There may be a few people for whom that bewildering amenity is a daily blessing, but most people don’t have the time, money, or inclination to live such a life. When people in cities do go out, it is to the same narrow selection of places because these are the places we like, where we meet our friends, and where we are comfortable. Suburbia offers all of this and more – you have those places and amenities plus a healthier space, safer streets, less pollution, and better schools.

Most people’s values are distinctly conservative, and suburbia reflects this because people built such places in the teeth of opposition from radicals, liberals, and reactionaries. The sort of people who think we will live happily in tiny flats if those flats are in stylish mock-Georgian terraces do not share the values that make suburbia work. Worse these slightly fogeyish advocates of the city want to destroy the suburbia of family homes and gardens tand replace it with communal living, manicured boulevards and tightly regulated public gardens. Oh and trees, lots of slowly dying trees.

This is not people’s preference even when such environments are designed by award-winning architects and built from traditional materials. When we ask them (and, history shows, when they have the opportunity) people opt for suburb over city: in repeated surveys for the US Association of Realtors over two-thirds of respondents say their preference is for what us Brits would call a detached house and, in the most recent survey, we can see the basis for a good suburb:

“Ideally, most Americans would like to live in walkable communities where shops, restaurants, and local businesses are within an easy stroll from their homes and their jobs are a short commute away; as long as those communities can also provide privacy from neighbors and detached, single-family homes. If this ideal is not possible, most prioritize shorter commutes and single-family homes above other considerations.”

Things aren’t so very different in Britain. We are less attached to the idea of a detached home, but the main findings of these American surveys apply. It is still true that “an Englishman’s home is his castle” and the balance between community and privacy is a critical function of the suburb. We want good schools, parks, trails and social activities but we don’t want to compromise on the space where will spend most time – our home.

I know you have thought a lot about housing and planning. And, I admire your defence of suburbia, critique of Urbanism, and critique of the NIMBYism of opposing greenbelt development housing.

However, here is an ideal you may want to mull over, a type of housing that might suit a lot of people, and fix a lot of problems.

Low-rise, suburban flats. Why? Well, a lot of older people are "trapped" in unsuitable large, detached houses but want to move into a bungalow. But, bungalows are very expensive, because the cost of a home is mainly the sq ft of the property and a bungalow will have the same sq ft of the detached house. So, to make the bungalow affordable, you need to put another floor/property above it.

Personally, I would not want to live in a ground floor flat, but I love living in a 2nd floor (or 1st floor flat). Living always just above ground level means I feel safer and distanced from whatever is going on outside, and get to look down on and survey the neighbourhood. Living in a flat reduces the maintenance costs and worries associated with owning a house, because external works are organised by a management company. Ditto gardening, these flats could come with landscaped, well-manicured, private land, so the older folk don't have to worry about their garden vis-a-vis their detached house, and the younger working person, who doesn't have the time/motivation/interest in gardening gets a nice landscaped private space without the work/maintenance.

This type of housing would be very undesirable for many people, and I am not wanting to fall into the trap of urbanist who says everyone wants to - or should aspire to - live in a dense city centre zone. The type of low-rise housing I am proposing would be hell for some people, but it would have advantages and be desirable for quite a lot of people.

And yes, there are some low-rise, spacious flats in a well-cared, landscaped grounds in suburbia. But, my point is that more of this kind of housing might (might not) provide a lot of people with what they desire. And there is not an abundance of this kind of property. I see a lot of city centres flats and detached houses being built, at the moment. And this is an alternative, hybrid that I don't see much of.