A reflection on the party.... 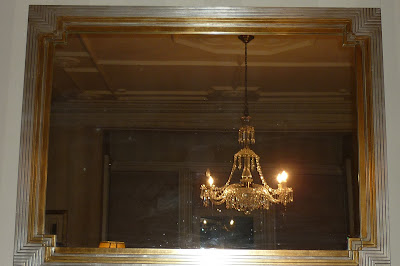 So the party's over. Some of us haven't quite realised this yet and are still pretending that the things we believed were true are still true - despite the evidence before us. We clutch vainly to those certainties - that central banks are something to do with free markets, that 'global warming' is somehow the biggest threat facing man and that social workers are somehow 'productive'.

I'm as guilty as the next man (or should that, in these non-gender-specific days, be 'person') of getting it wrong - of accepting the received wisdom that clever men in government could actually solve the world's problems. Without, of course, quite appreciating how those problems were the creation of clever men in government - often the same clever men who are selling us the solution.

I'm as guilty as many others of seeing all the world in terms of political tribes - to fall into the statist trap of seeing only groups and not people. I'm watching now as good people - possessed of active and enquiring brains - are sucked into the groupthink of political positioning. It remains a frightening truth that the conduct of our politics - mediated as it is by the institutionalised system of political parties - seldom rises above the standard of BBC Radio 4's News Quiz (where left-wing comics pretend to be funny while insulting everyone they disagree with). Our debate is a collection of carefully crafted positions designed not to secure a better world - or even an improved road system - but to secure popular support. And political achievement is measured not by having a wealthier, wiser and safer populace but through the opinion poll and focus group.

So - like others - I seek some inspiration and thoughtfulness in the New Year messages of party leaders. And in that search, I hoped to find a little bit of contrition. An acceptance and appreciation of the manner in which our political classes fail us - be it in pretending there's a money tree in a basement on Threadneedle Street or in playing some grandiloquent game of spin so as to obscure the truth that,as Liam Byrne so aptly put it, 'I'm afraid there is no money left'.

The party's over. Some, who perhaps imbibed a little less, have emerged blinking into the New Year muttering; 'oh grief, what a mess'. Others haven't yet sobered up and are shouting loudly about having another drink and keeping the party going - while knocking over mum's best vase and punching the bloke who asks them to quiet down a bit. Most of us are nursing a huge hangover - we know it's a mess put we're hoping that, if we stay curled up in the corner, perhaps with a small coffee, someone else will tidy and clean it all up.

And tomorrow, when our head's clearer, we'll frame ourselves, set out the diet, fitness and hard work plans and charge off dauntless into the shiny new year ahead. Until nothing seems to happen at which point we'll say to the party's organisers - in our whiniest voice - 'what are you doing about it. Why am I not slim, fit and rich? What are you doing about it? And how dare you make me pay for 'weightwatchers' and the gym. That's not fair'.

And so it starts again - the dread wheel of our sad dependence turns again. Until the next hangover after the next party.