In which I defend the indefensible... 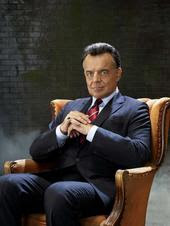 I’ve rather held off from writing this post. Partly because right now lending is a touchy subject and partly because I don’t want people to see me as an advocate of rapacious down-market lenders.
But here it is...
Stella Creasy, Labour MP for Walthamstow has been campaigning loudly and effectively for new regulations around doorstep and payday lending:

A cross-party group of MPs has secured a vote on the principle of introducing caps on the total costs of credit for British consumers, following good practice across the Americas and Europe. We have the backing of a wide range of consumer groups, charities, trade unions and religious groups, who recognise that every day these rates go unchallenged, debt and poverty get worse. We also have the support of many Tory and Liberal Democrat backbenchers.

All good stuff. But there’s a problem – not just the impact that hobbling Provident Financial would have on the economy of Bradford (where it is headquartered and where it will employ approaching 1000 people) but a problem for the very people Ms Creasy wishes to help.
What Ms Creasy proposes is a cap on interest rates and associated fees. Seems straightforward until you consider what the effect of such a cap will be. By capping interest rates you will reduce the supply of credit to riskier groups (which tend to be poorer groups) – the area the doorstep lenders won’t touch will get bigger and the credit checking will get tougher. People who can get a short term loan now would not be able to get a short term loan if Ms Creasy’s bill became law.
Again this is fine. Truth is that many of these people shouldn’t be borrowing money given their financial status. But what we know is that they do want to borrow money, which leaves them with two routes – pawn shops or the bloke in the nice suit who’ll agree to help “just this once”.  You know him – he’s the illegal loan shark who has been forced right to the margins by the liberalised credit regime we enjoy. Right now, these loan sharks aren’t that common (although they’re on every estate) because Wonga and other down market lenders have taken their market.
And the likes of Wonga are licensed, regulated and subject to the law – let me tell you that the bloke in the nice suit isn’t and he will use force to get his money.
The effect of an interest cap will be to increase illegal loan sharking – it really is as simple as that. I know it sounds good to reduce those shocking interest rates we see on ads, to control this “legal loansharking” as the campaigners have dubbed it, but it will have negative consequences for too many people – the very people Stella Creasy wants to help.
...
Posted by Simon Cooke at 20:10

Spot on. What is it about these bleeding hearts that want "to do something" but have no idea of what real life is like in the real world and they end up creating misery where before there was at least a little hope.

I've been poor all my life but I'm glad that under Thatcher's Govt I was able, without a mass of obstacles or cost, to become a professional and earn a living wage.

The poor are attacked by the do-gooders in so many ways now that I find myself screaming daily : "Pleasee make it stop."

Can't see how that's indefensible. I always find it quite funny that governments of every stripe always, but always, pass laws which penalise the less well off when they are designed to help them.

It needs to be borne in mind that every loan incurs a set-up cost, which for short-term loans will seriously distort the APR.

And, if you cap loans, it will simply encourage illegal lenders.

But when did the law of unintended consequences ever get in the way of leftist do-gooders?

They haven't learned their lesson yet and they're unlikely to learn it this time.