A polite request from Yorkshire to David Skelton and Policy Exchange 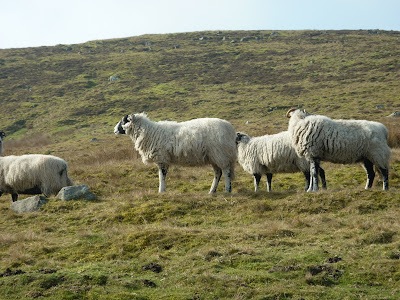 It’s all well and good talking as if the Conservative Party has any history of electing MPs in Durham – here’s David Skelton from Policy Exchange:

I was brought up in the former steel working town of Consett in County Durham. Like many working class towns across the North, it was felt that if you were born and brought up in Consett, the Conservatives were not the party for you.

They were regarded as the party of the South and the party of the rich. To many people in Consett, the Tory party was the party that had presided over the closure of the steelworks and behaved as though it didn’t care about the social consequences. Many in the town still associate Conservatives with deindustrialisation, unemployment and the social problems that followed in their wake.

But the truth is that County Durham (other than Darlington) hasn’t elected a Conservative since before the first world war - not voting Tory isn't exactly a recent phenomenon. Some parts of the County such as Bishop Auckland have never elected a Tory. Not even once.
It seems to me that our strategy should concentrate on places where there’s a slight chance of us getting elected – which means that David, instead of getting all misty eyed about his upbringing and pontificating about industrial policy, should come and talk to those of us who actually have got Conservatives elected in Yorkshire.
If Policy Exchange and David Skelton want to learn about the North perhaps they could do what the Joseph Rowntree Trust has done – set up shop in Bradford with a ten year research programme looking in some detail at the needs, wants and aspirations of communities in the area.
It would be better than sounding grand from the glories of London.
....
Posted by Simon Cooke at 18:29