A thought on the end of England 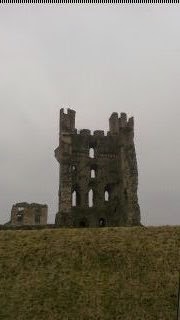 Norman Davies in his 'Vanished Kingdoms' speaks of the impermanence of states and at one point of Britain:

"Having lived a charmed life in the mid-twentieth century, and having held out against the odds in our "Finest Hour", the British risk falling into a state of self-delusion which tells then that their condition is still as fine, that their institutions are above compare, that their country is somehow eternal. The English in particular are blissfully unaware that the disintegration of the United Kingdom began in 1922, and will probably continue; they are less aware of complex identities than are the Welsh, the Scots or the Irish. Hence, if the end does come, it will come as a surprise."


In some ways this observation is a convenience, a way for Davies to make topical a history of places that don't exist any more - the half-forgotten Europe of Burgundia, Litva and Rusyn. But it also reminds us that empires, alliances, unions and nations are fragile, requiring only a little nudge to tip from unity into fragmentation. We can see the obvious examples in Europe today - Catalonia, the Basque country, Venice, Flanders, Scotland. And the break ups of the recent past - Czechoslovakia, Yugoslavia, the Soviet Union.

We should be reminded that modern nations only sustain where people want them to continue. And that simply drawing lines on a map doesn't define a nation if the people within those borders do not wish themselves part of that nation. I spoke recently with a Russian-speaking Jewish Ukrainian whose parting words at the end of a discussion about the situation in that benighted place were; "our home is in the wrong country."

Keith Lowe in 'Savage Continent' describes how a million and more 'ethnic' Germans were, quite literally, marched from their homes in Pomerania because the powers that be had decreed it part of Poland. And how the gap was filled, in part, by Polish Ukrainian-speakers who were uprooted from their homes in the East and scattered across the new part of the nation, banned from speaking their language and forbidden from gathering together.

It may be that these wounds are healed but the scar tissue remains, the memories of wrongs not righted, of what might have been and of what is no longer. And, for all our 'unity', Britain is no different. We have become used to nationalism - the SNP, Plaid Cymru, Mebyon Kernow, the republicans of Ulster, even the English Nationalists. But we don't seem to realise that these are movements that reject Britain, that want to continue the break up that began in 1922.

And while Simon Jenkins writes with a smile on his face in speaking of Yorkshire identity - how far away are we from its political manifestation?

I am sure Yorkshire's self-confidence has no need of a "cultural leg-up" from the Council of Europe. I doubt its people even regard themselves as a "minority" where it matters, which is in Yorkshire. But when it is payback for decades of London centralisation, their time may come. Then, who could deny "country" status to a proud land with the same population as Scotland, nearly twice that of Wales and 10 times that of Cornwall?

We should watch Yorkshire this year. It needs only another twist of the centralising screw from Cameron and Miliband. It needs only the emergence of a Yorkshire Alex Salmond and perhaps a cup final or county championship victory. Unthinkable thoughts may then stir in the noble Yorkshire breast.


Go to a rock concert in the county and you might hear this gentle chant at some point: "Yorkshire, Yorkshire". This isn't a nationalist exhortation but an exclamation of identity. But it is a very short step from the latter to the former.

Norman Davies believes Britain will break up - is breaking up (as is Spain, as is Italy) - not because of some innate failing but because that's what nations do. They tire, become inward-looking, obsessed with past glories and what might have been. And the world from before the nation wakes again, flags are cherished, new ones invented and flown with pride and before you know it Yorkshire - or Lancashire, or London -  becomes more important than England. And then England dies.

A 'nation' will work as long as it has the economic wherewithal to satisfy the requirements of its people. If that is Scotland, England, Cornwall or Yorkshire, so long as it has the capacity to self-sustain, it can succeed - until the next change-event comes along, as it surely will.

We merely inhabit a moment in time, in reality everything is in permanent flux, the only constant is change - get used to it.