Garden Cities, new towns and the concreting of Kent 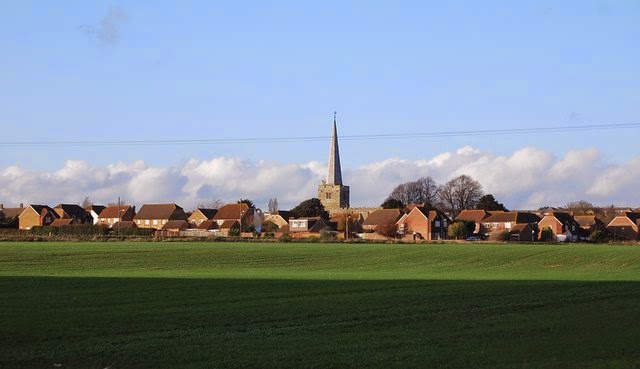 The shortlist for the Wolfson Economics Prize to build a new 'garden city' has been announced. There are five finalists some of whom have specified the location or possible location for the proposed new city. The most specific and, perhaps for this reason, the most prominent is that from housing charity, Shelter:

This entry proposes a new garden city on the Hoo Peninsula, Medway, Kent, starting with a settlement of up to 48,000 people - about the size of Welwyn Garden City at Stoke Harbour. This would be part of a larger cluster of settlements eventually totaling 150,000 people. The entry proposes a model designed to attract massive private investment into the provision of high quality homes, jobs, services and infrastructure. The delivery model prioritises speed and volume over profit margins, aims to acquire land at low cost and transfer valuable assets to a Community Trust for the long term. Local people would be offered shares in the city.


Now if you know the Hoo peninsula, you'll know that it has been the favoured location for every second mad-cap scheme - airports come especially to mind. Presumably - and this is the cynic in me speaking - this is because Hoo is far enough away from where all those bohemian fans of garden cities live but close enough to London to make building the 'garden city' viable. Indeed, the Shelter proposal includes a link to the High Speed railway (to a station that doesn't exist) so all those 150,000 people can be sped into the city for their day jobs.

And Shelter justifies this by being rude about Hoo:


What Shelter doesn't mention is that the Hoo peninsula contains large tracts of protected salt marsh - some pretty special habitats in an important marine fringe corridor. Nor that the history of Hoo goes back to the 9th century and that the villages of the peninsula, far from being ugly or unpopular, are attractive and well-liked.

And all this would be on top of another enormous development at Ebbsfleet (between Dartford and Gravesend for those not so clear about North Kent geography). Along with other proposed developments in existing local plans, the south bank of the Thames estuary - from Dartford to Gillingham - would add perhaps 300,000 new residents all hugger-mugger to the HS1 route and living the sort of dormitory existence that is the antithesis of the 'garden city'. We get the suburbanisation of Kent rather than some rebirth of Ebenezer Howard's idea of Christaller-esque communal self-sufficiency.

It may well be that the idea of new towns - call them 'garden cities' if that yanks your chain - is the right way to respond to the continuing housing pressure in London (I still need to be convinced here - the experience of large cities is that people want to live near the centre is they can). But simply to point at one spot - declared 'ugly' and 'isolated' by the planners - is quite the wrong response albeit typical of Shelter.

Finally, we should remember that we cannot replicate Howard's vision because of the 1947 Town & Country Planning Act. When Howard was creating Letchworth, he could buy agricultural land at agricultural land prices and build on that land unconstrained by 'local development frameworks', 'spatial plans' or an enthusiastic local council planning department. And because he could buy the land cheaply, Howard's model could capture land value increase for communal benefit. However much you think this a wonderful idea (and I'm all for it myself), so long as the value is value as housing land, which it will be under our planning system, then capturing the added value for communal purposes is at best marginal and more likely of no significance at all.

The Shelter proposals are predicated on land purchase at low cost - I cannot see how, given the manner in which the planning system works, they can achieve this. Unless they're expecting to pay Hoo landowners less than the immediate, post-purchase value of the land. What we are seeing with these proposals - both the specifically-located one from Shelter and also other finalists - are schemes that require a significant relaxation of planning system constraints so as to make them workable. It's not going to happen is it?

The Medway Towns are finally getting some well deserved money spent on them to improve and upgrade the neglected urban environment and make this historic area of Kent more amenable to visitors. The last thing we need is another urban sprawl obliterating the beautiful and unique countryside on our doorstep. What's wrong with bloody Hertfordshire or, God forbid, up-north?

Good to hear someone speaking up for the muddy flat bits of the country. I don't mean that sarcastically.

Hoo may be the best place to put a new city - I don;t know - but it's annoying the way it's just written off. Why not just re-draw the inner ring of the green belt one mile out? Job done.