The World's Most Important Thinkers...discussed (and they aren't economists) 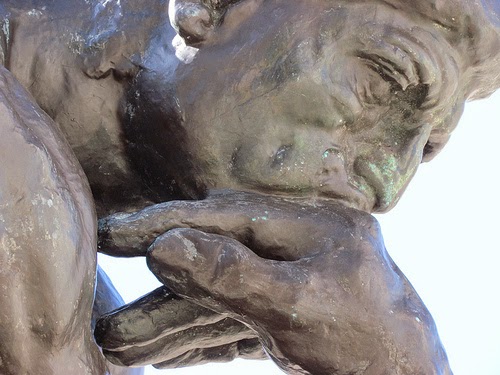 Over at a magazine called Prospect (which badges itself rather self-importantly as "The Leading Magazine of Ideas") they're having a fun little poll asking who the world's most important thinkers might be - just follow this link to vote. I would recommend opting for Russell Brand - mostly for the laughs.

However, the list of great thinkers from which we must choose - carefully chosen by Prospect's team of contributors "whether they agree with them or not" (very big of them that) - set me to thinking about what constitutes an 'important thinker'. But first the make up of Propsect's list as this contains an important truth about what the punditry consider important.

The dominant category is 'economist' with thirteen entries in the list of 50 followed by the general term 'activist' with eight entries (ten if you include a lone feminist and someone listed as 'activist and tech theorist') and writers - journalists, novelists, authors -  also with eight entries. The rest of social science and historians musters twelve entries and there's one each of diplomat, surgeon and lawyer. The remaining four entries are scientists - two physicists and two biologists.

What we see here is the increasing hegemony of economics alongside a continuing hero-worship of sexy and attractive activists. The list doesn't contain a single engineer, entrepreneur, chemist or - and this is striking given the importance of the debate - climatologist. There are no artists, designers or architects, no urbanists, no geographers. Given the importance of business and the management of business it is shocking that the only thinker on business issues (as opposed to economics) is Naomi Klein who promotes an anti-market, anti-business message.

I suppose that all this reflects the current bias in how we seek to understand the world and the continuing botheration about the world's economy. So the preference for economists - and the list isn't especially biased to left or right in its choices - reflects the belief (a misfounded belief) that their musings can help us understand what needs to be done to put things that are wrong with the economy right. But settle back for a moment and ask yourself what message Prospect's 'team' are sending by selecting so few scientists?

Economics, and especially 'grand unified theories of everything' (© M. Piketty) economics, has become something of a fetish with the punditry. The discipline has indulged this - partly with the twee (think Freakonomics) and partly with creating a parallel universe where people continue to kid themselves that national economy models will actually explain the real world rather than simply play games with ever more sophisticated arithmetic.

The most important thinkers aren't those trying to square the circle by pretending there's a way to have a store of value without creating the value in the first place. Rather the important thinking is being done by those working out how to colonise Mars, how to extract more efficiency from the machines that capture energy, and how to feed the world's population as it continues to grow. The important thinking isn't about money or wealth but about technology, creativity and art - yet Prospect have chosen a list utterly dominated by the immediate botheration of national budgets, international relations and, in the case of Russell Brand and Naomi Klein, baying at the moon.

Look ahead at the things that will transform the world - like driverless cars, 3D printing, nanotechnology, hybrid engines, photovoltaic technologies, intelligent surfaces and bio-engineered fungi - none of these things are the stuff of economists, activists and writers. Rather they are the stuff of scientists, engineers and entrepreneurs - I may be none of these things but I'm sure that the most important thinking being done right now is being done in laboratories, test sites and boardrooms not in newspaper offices or wherever it is that economists gather to peddle their myths.