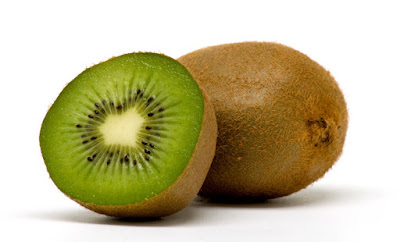 Yesterday New Zealand suspended exports of Kiwi Fruit to China. Not because of some new form of vegetable-based trade war but for reasons of biosecurity:

New Zealand has suspended its lucrative kiwifruit exports to China after authorities there say that on some shipments they found a type of fungus that can cause the fruit to rot.

Kiwifruit exporter Zespri said in a statement Friday it hopes to have new pre-shipping protocols in place within days so it can resume exports.


We should note that China has a bit of a dodgy track record on using health concerns and biosecurity issues as a weapon in trade battles - most notably over the cordyceps mushrooms (the weird parasitic fungus sometimes called Himalayan Viagra) - and there's a hint of some of this activity here:


But regardless of these issues, it's important that we appreciate how sensitive biosecurity is for many agricultural products. We laugh and joke about giant poisonous spiders in banana shipments but by far the biggest problem is the spread of fungal contamination. We should remember that fruit and vegetable production is often in a cloned, genetic monoculture - the starkest example of this is those bananas (with or without spiders):

A type of Fusarium wilt appeared this year in Australia’s main banana-growing state after spreading to Asia and Africa. While the fungus has been around since the 1990s and has yet to affect top exporter Ecuador, Fresh Del Monte Produce Inc. called it a potential “big nightmare.” The United Nations says the disease threatens supply, and Latin American growers are taking steps to limit the risk.


Every single banana is a clone of the same Cavandish banana plant - they are genetically identical and have no protection against Panama Disease, a fungal infection that is spread via contaminated soil. It is no joke for a multi-billion dollar industry (and don't give me any fair trade nonsense - those small plantations have worse biosecurity than big plantations) as it could be wiped out. As an aside here, it's worth noting that the EU's criminal opposition to GMOs might prevent a solution to the banana crisis that's being developed in East Africa.

To take a third example: Egypt is the world's biggest grain importer but has, until recently, consistently prevented imports with even the slightest trace of the fungus ergot. Without going into too much detail this makes it nearly impossible to import grain from anywhere with a damp climate. After a flurry of negotiations - and remember Egypt needs this grain to feed its huge urban population - a fix was found:

Egypt, which rejected several wheat cargoes this year for fungus contamination, is set to instruct officials to follow international standards that permit a small amount of the fungus known as ergot in imports.


All this stuff has become - because of the Brexit vote - rather more significant for the UK. In the Egypt example, officials were applying a law (itself derived from UN FAO regulations) dating back to 2001 rather than more recent ones. And we should remember that the problem doesn't just relate to the exporting nations - in many ways imports matter just as much. The impact of grain shortages in Egypt would be higher food prices in Cairo and Alexandria - with all the dire possibilities this might bring.

If you're sad enough (like me) to have news alerts set for fungi then you'll see the concerns about spreading fungal infections - from ones killing bats or amphibians through worries like ash die-back to the concerns we see above about negative impacts on biosecurity and public health. When we talk about 'trade negotiations', we need to understand that these aren't about striking deals between one country and another (such 'deals' are just grandstanding for politicians). Negotiations are about agreeing rules that permit trade while protecting against the possible negative affects of that trade and getting consistent regulation on things like how much hallucinogenic mycotoxin it's OK to have in a bushel of wheat.

It also means that botanists - and mycologists - are as important as lawyers or economists in getting the best deals for the UK!

So should imports be restricted or what? How to set a workable policy?