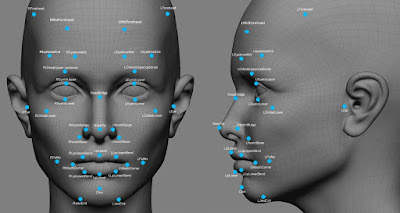 A big developer at King's Cross plans to introduce facial recognition systems to "ensure public safety" and, while some privacy and data protection concerns have been raised, nobody seems to see just how this represents the normalisation of intrusive surveillance of people going about their everyday lives. It follows on the appalling behaviour of the Metropolitan Police in their trials of using the technology where they assumed that anyone avoiding recognition was guilty.

This is where is ends up:

Within Kashgar, a majority Uighur city, residents must line up to be scrutinized before they can move from place to place. They are legally required to travel with ID cards and to swipe them at each checkpoint. They are also required to expose their faces to cameras that feed their pictures to facial recognition software. At the behest of the national government and regional police forces, Chinese software makers are training their algorithms to distinguish Uighurs from Han, China's ruling ethnic majority. Police officers stationed throughout Kashgar need neither probable cause nor a warrant to detain Uighurs and check their phones for the surveillance software that they're legally required to install.

It may not be as openly racist as the Chinese system but we will get to a point where the widespread use of facial recognition but public and private organisations will destroy the idea that our private activities are not a concern of the public authorities (their agents or those acting in the manner of the King's Cross developer). All of this will be "sold" to the public as being to ensure public safety, to catch criminals or with general wish-wash about 'law-and-order'.

I keep reminding us that the main reason for these intrusive technologies (other than 'they exist and we can use them') isn't public safety but a lack of trust in the public. In surveilling everyone, government and its agents remind us that they don't trust us and signal that, in general, people are not to be trusted. When we talk about the loss of community, the breakdown in social capital and the fragmentation of society, it is this collapse in trust - encouraged by the authoritarian tendencies of government - that is the main cause.

Didn't notice you campaigning against ANPR cameras - same 'safety' arguments but, in practice, used for widespread surveillance of innocent citizens going about their normal lives.