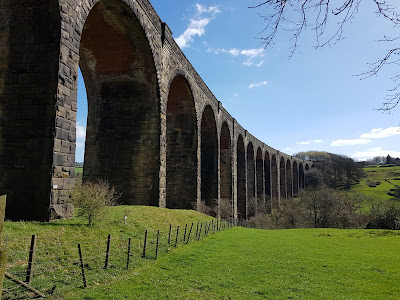 Rather, the evidence shows that the strongest predictors of cross-national variation in entrepreneurial activity were normative, with social norms being the most strongly associated with entrepreneurialism and rates of organizational founding.

So if we want more start-ups then we need a more entrepreneurial culture. It's not about tax breaks or R&D or STEM education or finance, it's about having a society that values and celebrates enterprise and the ideas that lie behind it. For years I signed up to the 'pull this lever, press that button' approach to economic development and it seems I was wrong - the reason the North of England has fewer start-ups isn't about lack of investment, poor education or too few universities but rather that our social norms are less strongly associated with enterprise than elsewhere.

So what are the features of that enterprising society, the social norms we need? The authors of the article the quote above comes from point to three - gender equality, valuing and rewarding performance, and endorsing status privileges. This is essentially the bourgeois environment that embraces the idea of what Deirdre McCloskey called 'trade-enabled betterment' and something valuable and important.

McCloskey also warned us that government and many among the powerful reject this environment:

“For reasons I do not entirely understand, the clerisy after 1848 turned toward nationalism and socialism, and against liberalism, and came also to delight in an ever-expanding list of pessimisms about the way we live now in our approximately liberal societies, from the lack of temperance among the poor to an excess of carbon dioxide in the atmosphere. Antiliberal utopias believed to offset the pessimisms have been popular among the clerisy. Its pessimistic and utopian books have sold millions. But the twentieth-century experiments of nationalism and socialism, of syndicalism in factories and central planning for investment, of proliferating regulation for imagined but not factually documented imperfections in the market, did not work. And most of the pessimisms about how we live now have proven to be mistaken. It is a puzzle. Perhaps you yourself still believe in nationalism or socialism or proliferating regulation. And perhaps you are in the grip of pessimism about growth or consumerism or the environment or inequality. Please, for the good of the wretched of the earth, reconsider.”

"Capitalism is the problem" - how often do we hear this from people? Not from those who (some claim) are somehow the victims of capitalism but from its beneficiaries. And the North of England has more of these anti-capitalist doomsayers than most places. Such folk are comfortable in their public sector jobs, consultancies and tenured professorships, they are the elite in the North's society and they have convinced themselves that liberal capitalism has visited on society a catalogue of evils.

Not only this but they have created an entire ideology - 'inclusive growth' - to describe their chosen way of bettering the lives of Northerners. This isn't founded on enterprise, risk, innovation and capitalism but rather on the largess of 'anchor institutions' which can, in an act of protectionist self-harm, limit their procurement to the locality they occupy. To add to this, the advocates of this municipal growth model, then demand that the national taxpayer splurge billions on grand schemes, sponsors great fairs and funds elaborate arts projects. Where we might have had entrepreneurship, we get people and businesses clucking round the municipal great and good in the hope of consultancy work, project funding or a few quid to design a website.

To rediscover the enterprising society requires a fundamental shift in the way we view business, risk and choice. Look at the reporting on business, at the way in which the business person (usually the businessman) gets portrayed in drama and at the eternal warnings that businesses are just out to scam you. Consider how were told that it is somehow unfair that someone who created value for consumers should take some small part of that value (which could be millions even billions) for him- or herself. And look at the commonplace portrayal of a free market as dog-eat-dog rather than as a triumph of co-operation, collaboration and mutual benefit. If we want the North to boom we need to change these things, to see that enterprising people, businesses and risk-takers are the real heroes in our society and that they deserve their rewards and the status that reward gets them.

Simon, does the analysis of Greg Clark, University of California Davis, on the North-South divide mean anything to you?
Freedom! Devolution!