What is regeneration for then? A comment on the Select Committee report... 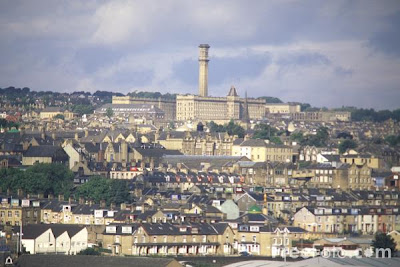 I mean seriously how can we begin to know whether a given regeneration strategy, policy or programme is right or wrong, effective or ineffective when we seem not to have the first inkling as to what we mean by regeneration.
For some regeneration is simply the process of transferring money to poor communities rather than redistribution to poor people. It is a victory for the collective outlook, for the idea that deprivation is communal rather than personal and individual. And the worst among these people are the poverty-mongers, those who argue against the sin of ‘gentrification’ who seem to delight in the existence of the poor. For whom the elimination of poverty is a goal until the improvement of a place transforms its demographics when we are told we’re pushing poor people out.
Others see regeneration as a process of development – the improvement of the physical environment of a place so as to enable change, most usually economic change and typically change driven by shiny office blocks or sleek business parks. This – what we might call the ‘field of dreams’ approach to regeneration – relies on the belief that places cannot fix themselves, that inward investment is critical to regeneration. And they make a mission with the poverty-mongers by promising the jobs and economic advancement they demand as the price of preventing gentrification.
Whatever approach to regeneration is taken it has a vital element – government funding. Here’s the conclusion of the communities and local government select committee:

Funding for regeneration has been reduced "dramatically and disproportionately" over the past two years, and unless alternative sources can be found, there is a risk of problems being stored up for the future

The government is wrong to place so much emphasis on funding streams such as the New Homes Bonus, the Regional Growth Fund and rail investment, which, "whatever their benefits, are not focused primarily upon regeneration"

The withdrawal of Housing Market Renewal funding in particular has created significant problems, "leaving many residents trapped in half-abandoned streets"

There are concerns that, in spite of its aspirations for ‘community-led regeneration’, the government’s approach will do little to support it. At a time of significant spending reductions, many of the community groups most closely involved in regeneration are uncertain about their future

Other than learning lessons from past regeneration programmes, every single one of these conclusions is about funding – about the direction of taxpayers’ money to the process of regeneration. Yet the very lesson from the past – one that coalition ministers seem to have learned despite the best efforts of “experts” to persuade them otherwise – is that 40 years of intervention in “deprived communities” simply hasn’t worked.
Targeted, area-based regeneration doesn’t work – especially when it’s mostly nice middle-class community development workers going into poor communities and stroking them while sympathising about the lack of good schools, jobs and aspiration. Yet the regeneration industry trooped down to London so as to give evidence to this select committee – or rather to plead the case for their industry’s continuing existence despite forty years of failure.
The truth about poverty – and poor people – is that most of it (that is most of those poor people) isn’t in places with multiple deprivations. For sure, those deprived places have a high proportion of poor people but people without jobs, the elderly without savings or pensions, single mums and others struggling to get by are in every neighbourhood.
Our regeneration efforts should be directed to people who are poor – be it in cash or aspiration – rather than to selected communities chosen because there’s a concentration of poor people. Our aim should be to “renew” people rather than to “regenerate” places.
In the end the regeneration debate is a dead end. Scoffing at the government because they say “it’s up to neighbourhoods” takes us nowhere. And saying there’s no strategy suggests that, without those middle class community development and regeneration “experts”, people and places can’t improve.
If those “experts” want to make a difference, let them go to these places and make a business of improving them. Not by grant farming but through enterprise and effort. Not by taking government cash to pay themselves good wages but by reaping the dividend from the success of others – the value that comes from helping someone out of poverty.
....
Posted by Simon Cooke at 18:49

Good stuff. Stopped me from concentrating on the penguins. Maybe you’ll expand some time on the idea of outsiders intervening to ‘make a business of improving people through enterprise and effort’. Not sure what it means.

Does regeneration work go on in areas where there has been NO long-term council involvement in the planning, construction, ownership or management of local housing? Do they knock down streets these days where the council owns no property? Isn’t regeneration often just applying random sticking plasters to self-inflicted wounds?

Only one bone to pick.

It is not that 'we are told we're pushing poor people out'. When we base 'regeneration' on realising rent values in areas where the poor currently live, but the rich want to, we DO push poor people out. We don't solve any problems we just re-locate them to areas where escape from those problems is likely to be made even more difficult.

My best efforts to ‘make a business of improving people through enterprise and effort’ have resulted in endeavours like Progress School, Elsie, Innovation Lab, Community Conversations, Enterprise Coaching and so on. All of these are designed to be accessible to anyone who is looking to make progress for themselves.

You talk of 'renewing people' I talk of regeneration taking place 'between the ears'.

The sad truth is that we have wasted millions on telling people that their future lies in self employment and entrepreneurship without ever taking the time to listen respectfully to who they are and what they want.

I have yet to see a programme that is centred on a respectful engagement of, and response to, individuals who are seeking to make progress without making prior assumptions about means.

I have yet to see a programme that takes seriously the need to help individuals build networks to make lasting changes in how they operate (these networks provide the bedrock for that holy grail we call community).

I have yet to see a programme that recognises that the poor are in every neighbourhood.

I have yet to see a programme that accepts this is long term work. I do remember an RDA director saying that we should not expect too much from an £80m public investment in a Leeds regen project because we are only 15 years into the project....but this is not a defence that is generally accepted!

You talk of 'outsiders intervening' and I too see this as a major problem. Professional 'experts' shipped in to sort out the locals. If people don't want to be helped we should leave them alone. And we should only work where we are invited. Where individuals really want us to help, because they have seen the value of our work. And how many of the mainstream providers offer services that are valued by those they are purporting to help? Very few in my experience.

We do know how to make progress on this stuff and the approaches are affordable and replicable. The key barrier to their development is that the beneficiaries of these approaches have little power, financially or politically, to compete effectively with the mainstream regeneration lobby. Those that influence investment in regeneration are those that control landbanks and their professional service firm partners. Just look at the sponsors of a regeneration conference or local enterprise partnership 'summit' and you will see who can afford to invest now to profit later. And they wont be talking about person centred approaches to change. They will be talking about building infrastructure and moulding people to meet the needs of employers (they call this 'the skills agenda'). And they wonder why our communities are not more enterprising!

You talk of 'reaping the dividend from the success of others', and I have much sympathy for the idea. However the journey to 'break-even' is often a long one, certainly months if not years. More likely decades before any consistent 'dividend' is generated. Few of us doing this work can afford to defer our payments for that long!

I have helped several people to set up businesses and start them on their enterprise journey. Usually this is done as pro bono work or close to it,on a pay what you can, free is fine basis, or through skills exchange. If they really want to do it, it can be done.

But in the current system it is almost impossible to realise any value from doing this work.