So do you care? 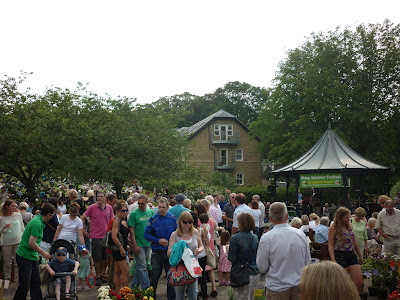 A long while ago I recall – in a slightly vague and woolly way – my mum talking about recruiting volunteers. People to do simple things like drive mini-buses, serve teas and coffee, deliver meals-on-wheels, run a housebound library service and many other little tasks.  The gist of my mum’s grumble was that people weren’t prepared to help out. Not because they were too busy or helping somewhere else but because they had off-loaded “caring” onto the government.

“That’s the Council’s job,” they’d say adding a comment about how they pay their rates before turning back into the house. And, as the volunteer leadership crumbled away it was replaced by paid workers (as was my mum when she finally retired as Secretary of Penge & Anerley Age Concern) – professionals whose job it was to do the “caring”.

I’m sure all this is a bit of an exaggeration but the essence is true. As state social services professionalised and expanded into areas previously the world of the local voluntary group, the idea of ‘caring’ was lost. The word wasn’t. It became a stick to beat those who believed – and still believe – that private action in our local community cannot be replaced by state social services. Conservatives – those who believe in private social action – were told that, for holding to this belief, we didn’t ‘care’.

I also recall listening to an earnest, green socialist (who as it happens cares deeply, but that’s a different story) saying that volunteers shouldn’t be used to do tasks that a paid person could do. So much, I thought, for the community litter pick, the hospital car service and the Working Men’s Club old people’s Christmas party. Volunteers were to be reduced to the margins – ‘caring’ had been nationalised. Our only act of care was to be the paying of taxes to employ the carers.

And it got expensive. Back in Penge, when mum retired, the cost of running that day centre rose because where once in was run by volunteers now it is run by professionals. All provided for through a grant from the Council. This change took place everywhere as social action in local communities run by volunteers was replaced by services delivered by paid staff.  Most of us got this – rather than have any social pressure to be charitable, we could go about our lives secure in the knowledge that our taxes were going to provide all the ‘caring’ the community might need.

The problem is that, for all the sense of vocation in the “third sector”, people working there are not merely ciphers for all the ‘caring’ that the rest of us used to do but don’t any more. And neither does the enormous social services bureaucracy or the vast behemoth that is NHS non-clinical services serve this ‘caring’ purpose. It may be right for taxes to fund these services but that does not make the taxpayer ‘caring’.

Nor does ‘delivering’ (how the public sector loves that word – perhaps they all had a secret wish to be postmen) social services make us ‘caring’. These are just jobs – useful, worthwhile, valued (we hope) jobs. But not ‘caring’. Government does not ‘care’ only people, by themselves or with others of like mind, can ‘care’.

Most of us care about our nearest and dearest – children, parents. More than we think, people care about their neighbours, about the neighbourhood where they live and about giving other folk the space to succeed. None of this caring requires government, taxation or the employment of ‘workers’. It just requires us to care.

It may be a failing of government that there are children going hungry. It seems very likely that it is surely a failure of parenting as well. But the debate about this issue is not a debate about whether or not people offering differing solutions “care” and to couch it in those terms is to debase the idea of caring, to make it meaningless.

If there is one area in which our political debate is ill-served it is in this use of “caring” and “non-caring” as terms of political positioning. This was made possible by what we can call the nationalisation of care. This isn’t to say that people stopped caring – that would be impossible – but to say that the scope for us to care beyond the narrow confines of family and neighbours has been taken away from us by the dominance and control of state social services. And by the way in which the voluntary and community sector – the remnants of Burke’s little battalions – came to rely on the taxpayer rather than on the idea of charity.

I had hoped this was changing, that social action – local, communal and caring – would replace that childishly futile debate about who does or doesn’t care. But no, writers in left-leaning papers still routinely press the “Tories don’t care” button that they know their readers will love. And their counterparts respond by becoming ghastly caricatures of John Galt in their celebration of designedly uncaring language.

The other day I read something by a left-wing economist sort that reminded me why I’m a Conservative:

Which raises a paradox. Whilst economic research now supports Burke's view, much of the right no longer does so, preferring ahistorical inidividualist tosh...


In its way this was the idea that Cameron tried to rediscover with the “Big Society”. The idea of stewardship, that ownership isn’t everything and that we all – rich, poor, young, old – have something to contribute. Not to the state. Not just in the form of money – let alone taxes. But in whatever way we can, in the place we call home.

We built this place. And each of us should care for it and for our neighbours who live in it. And, you know, the truth is that we do care.

Take of English flowers these --
Spring's full-vaced primroses,
Summer's wild wide-hearted rose,
Autumn's wall-flower of the close,
And, thy darkness to illume,
Winter's bee-thronged ivy-bloom.
Seek and serve them where they bide
From Candlemas to Christmas-tide,
For these simples, used aright,
Can restore a failing sight.

These shall cleanse and purify
Webbed and inward-turning eye;
These shall show thee treasure hid,
Thy familiar fields amid;
And reveal (which is thy need)
Every man a King indeed!