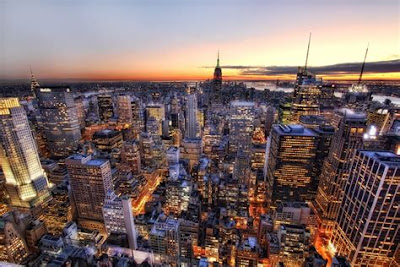 The standard narrative about urban containment - the "green belt" as we call it in England - is that is persists because of the economic self-interests of homeowners in communities at the margins of urban conurbations. These are the NIMBYs and they have driven the policy of containment to the extent that large, growing cities - San Francisco, London, Barcelona, Sydney, Auckland - have their economies hobbled by the growing unaffordability of housing in these places. And its true that the politicised planning system - government telling people what they can and cannot do with their property - is too often captured by these NIMBYs. But there's a second bunch of people who are just as important, especially where the setting of national policy is concerned. Let's call them "urban snobs". Here's one of them quoted by Joel Kotkin:

“The suburbs are about boredom, and obviously some people like being bored and plain and predictable, I’m happy for them,” snarks Elizabeth Farrelly, urban and architecture critic for the Sydney Morning Herald. “Even if their suburbs are destroying the world.”

What we're told we need is high rise living, a sort of urban wonderment of pokey little flats inhabited by the childless young (and increasingly not-so-young). Except for the fact that, contrary to the snobs argument, cities are not an environmental blessing:

Suburban detached houses, according to one Australian study, use less energy per capita than those of inner-city urbanites. California, the hotbed of climate lunacy and forced densification, has reduced its greenhouse gases between 2007 and 2016 at a rate 40th per capita among the 50 states. It has succeeded, however, in driving up energy and housing prices well above the rest of the country; the world capital of the elite tech economy also suffers the highest cost adjusted poverty rate in the nation.

So we have a rootless, childless, kidult population flitting around the big city doing achingly exciting jobs in tech or politics or law and pretending that this is the good life, far better than suburbia's boring, plain and predictable world. We will soon reach a point of confrontation between suburbia and the big city as those suburbs realise they have political power and can challenge the anti-car, anti-family agenda of the urban snobs.